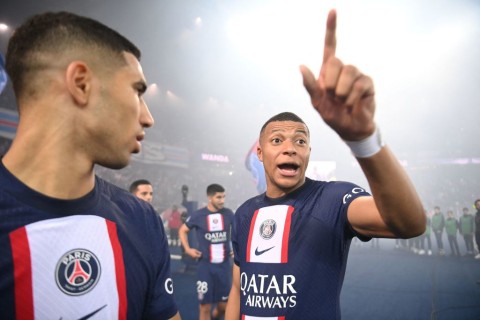 Kylian Mbappe has denied asking to leave Paris Saint-Germain, saying he was ‘just as shocked as everyone else’ over reports he has asked to leave in January.

According to reports in France and Spain last week, the 23-year-old is pushing to leave the French capital with Real Madrid or Liverpool his preferred destinations.


Those reports claimed Mbappe ‘feels betrayed’ over a number of broken promises from the club’, including those over new signings in the summer window and his role in the team.

But speaking after PSG’s 1-0 win over Marseille on Sunday, Mbappe insisted there is no truth to the reports, saying he is ‘very happy’ at his current club.

‘I’m very happy. I never asked for my departure in January,’ Mbappe told RMC Sport of the reports that emerged just hours before the midweek Champions League clash against Benfica.

‘I was just as shocked as everyone else. There are people who may think I’m involved in this, but I’m not involved, I was taking a nap.


‘My entourage was at my little brother’s game, all the people who take care of me weren’t there so we were flabbergasted when we heard about it.

‘Afterwards, we had to deal with it, there was a game to play. Just to say that it is completely wrong and I am very happy’.


Mbappe rejected the opportunity to join Real Madrid on a free transfer to sign a new three-year contract with PSG in a shocking U-turn in the summer.

The France international has scored 12 times in 14 games this season, providing his first assist of the campaign to set up the winning goal from Neymar in Sunday’s Ligue 1 win.

‘I am a football player, the most important thing for me is to play and give my best on the pitch,’ Mbappe said.

‘When you play at PSG, you know what you’re getting into, what it’s going to involve for good and for bad.

‘You have to be ready. Those who come here know, we warn them. We are in the middle of it at the moment but we are focused on winning matches and titles.’

4 months ago
Graham Potter says his decision to make a double substitution at the break in Chelsea’s 2-0 win over Aston Villa was purely tactically and he was delighted with the impact his changes made. The Blues took an early lead at Villa Park as a woeful header from Tyrone Mings allowed […] 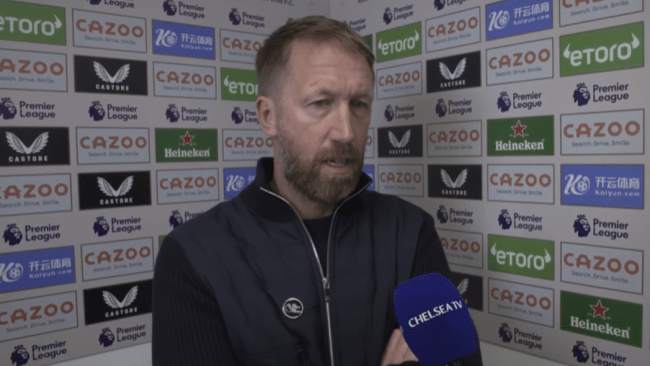