The meeting between PSG and Barcelona over the transfer of Neymar ended without reaching an agreement. However they will keep negotiating and looking for a possible solution.


Eric Abidal, Javier Bordas and Oscar Grau were present on behalf of Barca, while PSG’s representatives were Leonardo and Djamal Bouras, the lawyer of the club president Al Khelaifi.

Barcelona presented an offer of 170 million euros, paid in several instalments, while PSG demanded for 100m plus Nelson Semedo and Ousmane Dembele.

Neymar himself has reportedly acted as a key part of the possible transfer. Not only has he reportedly told PSG he does not want to remain at the club, he has also blocked a move to Real Madrid.

Barca are said to be unwilling to let Semedo go. Meanwhile, while it’s said that they would consider allowing Dembélé leave, the player himself is not interested in an exit.


According to reports, the negotiation will continue and both Barcelona and Neymar’s entourage are confident the deal will eventually go through. Crucially, PSG have lowered their demands for the attacker, as they are no longer asking to recoup the 222 million they spent to sign him.

Meanwhile, Barcelona legend Rivaldo has made a heartfelt plea to Barcelona white-collars to bring the Brazil international back to Camp Nou.

“We know everything that happened to @neymarjr,” the former striker said of his countryman on Instagram. “His departure from @fcbarcelona was wrong never should he have left one of the biggest clubs in the world.


“But he is eager to come back and assume what he did. May the president of @fcbarcelona and all of the board don’t let @neymarjr go to another club.

“I hope it gets resolves with @psg and he can get back to where he should never have left. Visca Barca.”

Thu Aug 29 , 2019
Paris Saint-Germain have reportedly turned down a stunning transfer package from Spanish giants Barcelona for Neymar. The two teams met for a transfer summit in Paris this week as Barcelona bid to take the Brazil international back to the Nou Camp. The La Liga champions are growing confident of finally completing the […] 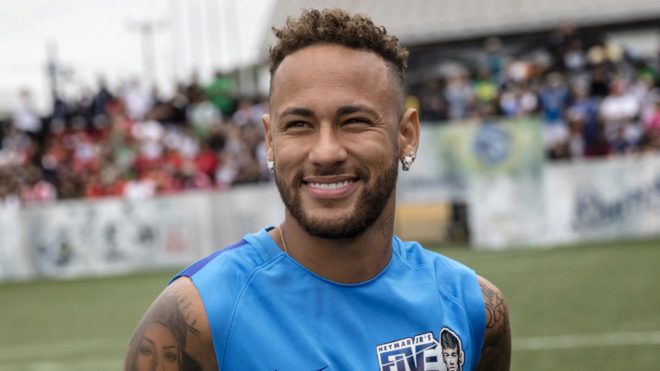