Jose Mourinho has appeared to take another swipe at Ole Gunnar Solskjaer by insisting ‘nice guy’ head coaches end up as ‘puppets’.

United appointed Solskjaer as Mourinho’s successor and went on an unbeaten run of eleven games under the Norwegian.

Despite initially lifting the cloud over Old Trafford, United won only two of their last nine Premier League matches, finishing sixth and ending the campaign with a 2-0 home defeat to Cardiff City.

‘Generally, the players can feel a certain erosion, especially when you ask a lot of them,’ Mourinho told L’Equipe.

‘When I say that the second season was fantastic, I say it because the potential and the objectives were met.

‘I really squeezed, like an orange, to achieve them. When you have a very professional group of players who are ambitious, hard-working and talented, at a structured club, you don’t have that erosion.


‘When you are almost alone, in that you don’t have the support of the club close to you, while certain players go somewhat against the coach, who is the nice guy.

While Solskjaer faces a major summer window of rebuilding at United, Mourinho is still considering his next club in management.

‘I do not want to offer an explanation,’

‘I think that I know the reasons why, but I will not make all of my analyses public. Manchester United, I do not want to talk about them.


‘For Manchester United, this victory was a bit “out of context,” even if we won in Turin in the group stage.

‘For PSG, I think I know the reasons why a bit, tactical and mental.’

Chelsea can sign Kovacic & Higuain for next season despite transfer ban

Fri May 17 , 2019
Chelsea can still sign both Mateo Kovacic and Gonzalo Higuain despite the club’s transfer ban but have only just started talks with the Croatia midfielder, according to reports. The Blues are confident that they have the ability to hold on to both loan stars without going against their FIFA-imposed embargo on signing new players, […] 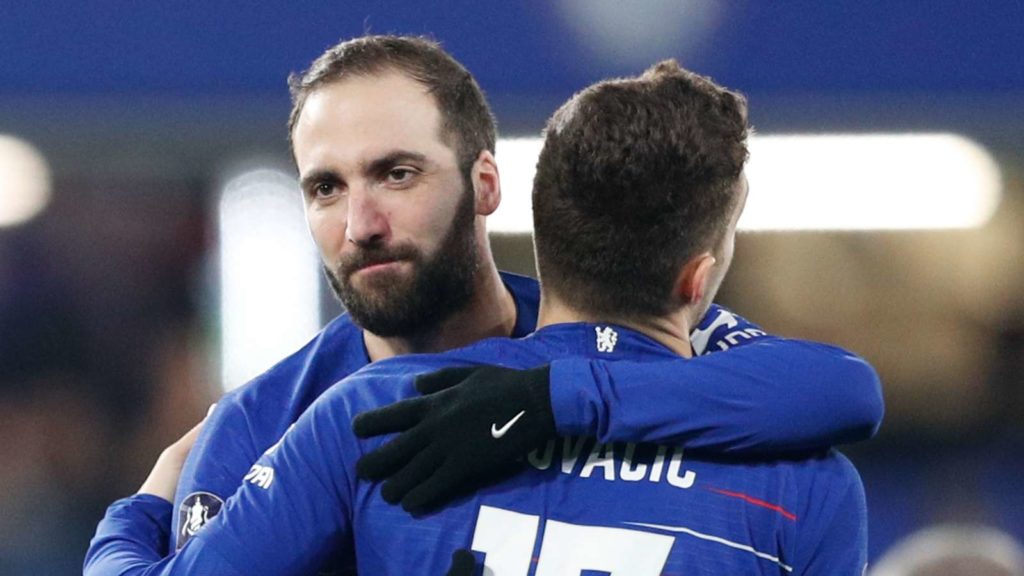