Jose Mourinho is reportedly angry at Manchester United board for the way in which they are handle contract negotiations and believes its affecting his squad harmony.

Several players under the Portuguese are unhappy with their current contractual situations, with several key players’ futures now unclear.

Anthony Martial and Marcos Rojo held talks with United in December but have not received proposals from them over a new deal.

Mourinho is not impressed with how long it takes the club officials to offer new deals to his first-team players.


Both Martial and Rojo’s contracts will expire at the end of next season, though Martial has a one-year extension option – and both players have being linked with moves away from United, while Ander Herrera, Luke Shaw, Daley Blind, Juan Mata and Ashley Young were only handed one-year extensions that was existing on their contracts without signing new deals.

However, Marouane Fellaini is set to leave Old Trafford at the end of this season after being unhappy with the club’s failure to offer him new terms and this will likely see him leave on a free.

Mourinho feels that the slowness of the board will create bad feeling in his squad, particularly about the big earners Paul Pogba, Zlatan Ibrahimovic and Alexis Sanchez.

Anthony Martial now feels undervalued by the club because of the situation and has put on hold buying a new house as his future at the club is still hanging with clubs like Real Madrid, Arsenal and Tottenham Hotspur all interested in signing him.


Rojo, meanwhile, has been linked with a transfer to Paris Saint-Germain despite being Mourinho’s favorite before suffering from a long-term injury.

Mourinho is concerned about the situation and feels it will have a negative impact on squad harmony.

Wed Feb 28 , 2018
Thibaut Courtois says he was shocked to see Eden Hazard substituted in 2-1 loss against Manchester United on Sunday. Chelsea slipped out of top four after goals from Romelu Lukaku and Lingard earned the full points for United. The winner from Jesse Lingard came two minutes after the substitution of […] 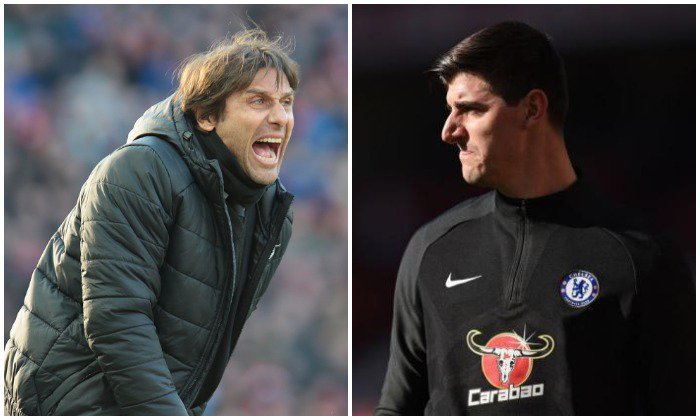