Manchester United head coach Jose Mourinho has warned his players of the burning desire that Cristiano Ronaldo will have to get a win over them at Old Trafford with Juventus.

The ex-United winger will make his return to the place where he first became a global superstar, scoring 118 goals in 292 games with the club, on Tuesday on Champions League duty with Juve.


It is not, however, the first time he has been back since departing for Real Madrid in 2009, turning out for Real at Old Trafford when Mourinho was the head coach in 2013.

On that occasion, he found the net and the United boss believes that the 33-year-old’s desire to do so again will remain.

“He came back with me in Real Madrid,” Mourinho told United’s official website.

“He scored and they won. So, it will be more of the same on Tuesday.


“The fans will show the respect he deserves. He will show that to the fans, too. I know that he really loves the club but when the ball starts rolling, he wants to score and he wants to win.”

Despite the presence of the five-time Ballon d’Or winner at Juve, Mourinho remains optimistic that United can pick up full points.

“Nobody can stop us going into the game and thinking we can win,” he said, explaining how much he is enjoying this period of the campaign after facing drawing with Chelsea at the weekend.

“It’s opponents of this level of football that you want. You cannot be in the Champions League and expect not to play and not to enjoy these opponents.

“I think they are always a candidate to win the trophy and, this season, they are more than a candidate. So, it’s fantastic for us.


“I think it’s easier now to give the same feeling for this match and we have to enjoy it. Nobody can kill our desire to play that game and try to win.”

Mourinho’s men have four points from their two games to date, having won 3-0 against Young Boys before being held scoreless by Valencia at Old Trafford.

Wed Oct 24 , 2018
Jose Mourinho has conceded Juventus, Manchester City, Real Madrid and Barcelona are out of Manchester United’s reach and warned the club’s board they will not be able to compete with those teams unless they make effort to sign world’s best players. Mourinho has spent almost £400 million since taking over […] 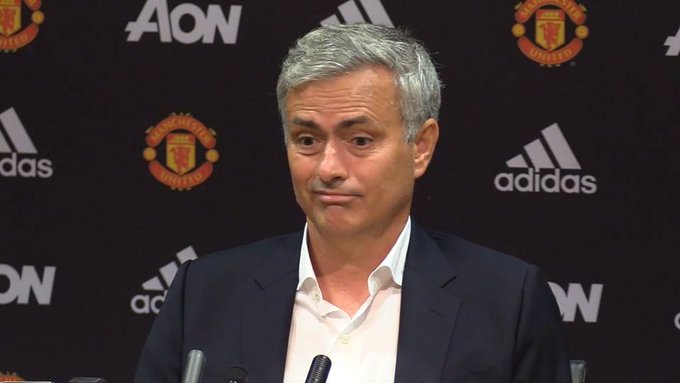