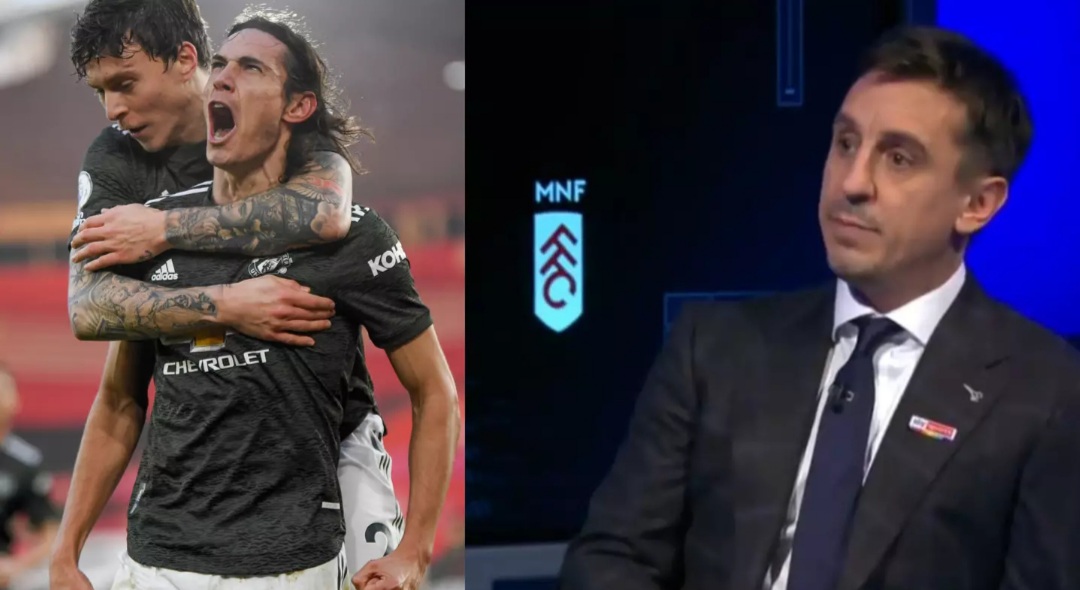 Gary Neville and Jamie Carragher called on the governing bodies in English football to work together and provide an educational programme after Edinson Cavani’s ‘racist’ Instagram post.


But he deleted the post around three hours later and the Uruguayan forward released a statement ‘sincerely apologising’ for causing any offence.

Neville was frustrated by the incident but says the major fault lies with those running the game in England for not having an enforced curriculum to educate players.

Neville: ‘We’re here again aren’t we,’ Neville told Sky Sports. ‘We had an incident at Liverpool a few years ago when a similar word was used with Luis Suarez.


‘Why is Edinson Cavani not subjected to diversity inclusion training, education the minute he comes into this country? Not to remind him of his duties but to educate him.

‘If we’re truly going to root out this problem of discrimination in this country it has to become part of the curriculum at school, it has to be part of a curriculum in sport. Every employer in the country has to enter into a diversity inclusion training programme and implement it and execute it.

‘Still to this day in football we have banners being held, we have players taking the knee, we hold flags in the air, wear badges on our chests… where is the education and training?

‘This could have been prevented. We’re still going to see incidents like this where Edinson Cavani probably at 5pm when he reposted that Instagram story, didn’t realise he was doing anything wrong. In 24 hours he’s having to apologise for it.’


Neville said the responsibility falls on the Premier League, the EFL, the PFA, the LMA and FA, adding: ‘There’s five of them. They’re all properly funded. They’ve all got lots of money. Put a diversity and inclusion set of protocols in place that are fixed.

‘At least collaborate on issues that are societal. Let’s drive it out of the game, root it out. It’s got to be done by education and training. That means that players have to be part of bi-weekly, monthly training on diversity and inclusion: why people take offence to certain words and others don’t. If it offends someone, it’s a problem.

‘To me, this is going to continue to happen and we’re not going to be able to deal with it until this curriculum, this education is in place and then put it into schools so it’s part of the school curriculum as well.’

Carragher added: ‘Yes, of course. ‘I agree with Gary. He [Cavani] has put something on there and before you know it the next day he’s having to apologise. He doesn’t think he’s done anything wrong.

‘You mention the Luis Suarez situation a few years ago. Obviously he’s Uruguayan – that would have been huge news in Uruguay and he’s used a similar type of word. Now he’s in a situation when he may be banned from playing when we should be doing the analysis on him in looking what he’s just done in terms of goals.

‘In terms of players and social media at times we make mistakes but he hasn’t known he’s made a mistake but in terms of understanding that obviously as players we need to take responsibility, I’m totally with Gary we need education. I think we all need educating.

‘Players, players in our position – or pundits – we’re no different.’

Mikel Arteta: ‘I know I will be sacked by Arsenal’

Mon Nov 30 , 2020
Arsenal manager Mikel Arteta accepts the club are simply not good enough right now, but says he is not fearing the sack. Arsenal have had their worst start to the campaign in 39 years as they curtently sit in 14th place in the Premier League with just 13 points. “It’s something […] 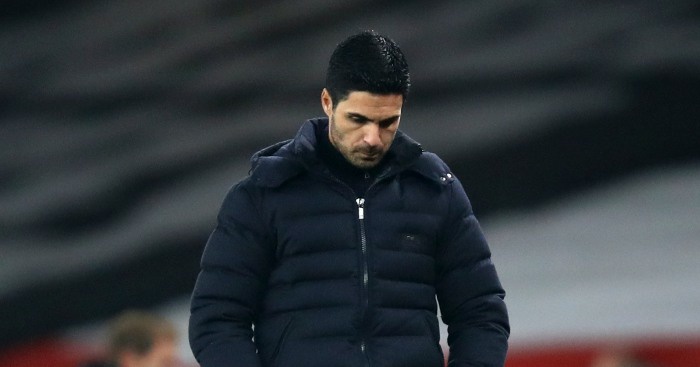