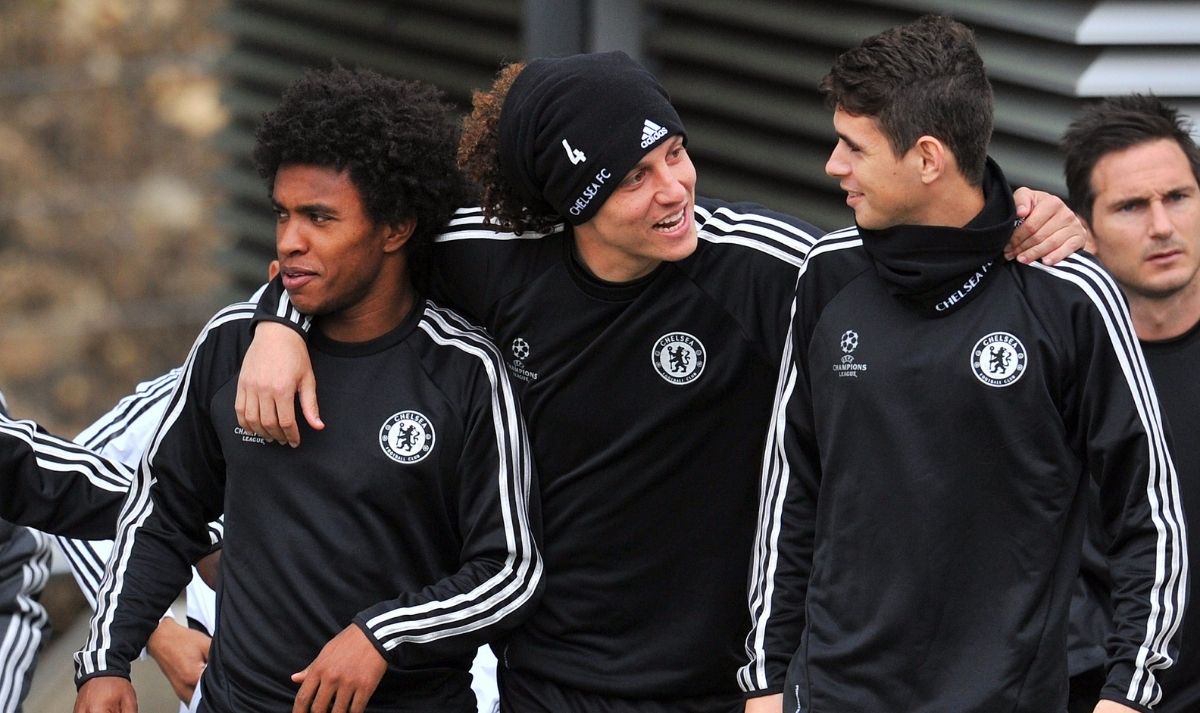 Oscar has revealed that his former Chelsea teammates Willian Borges and David Luiz have told him to join them at the Emirates.

The Brazilian star won two Premier League titles as well as the UEFA Europa League during his four-and-a-half year stint at Chelsea.


The 29-year-old midfielder now playing for Chinese Super League team Shanghai SIPG but says he wants to return to Europe once his £400,000-per-week contract ends in 2024.

Oscar concedes he would welcome the opportunity to play for Chelsea once again but claims Willian and David Luiz have been urging him to make the move to Arsenal.

‘They called me, they had to call me. Because we have good communication,’ Oscar told Fox Sports. ‘Sometimes I talk to them. They said, ‘come to Arsenal, come here’.


‘I was happy that they got together again. And happy that Willian is happy. ‘The most important thing is to be happy, regardless of the place. So I hope they are happy there.

‘I really want to go back to Europe. Not now. At the moment I’m well here in China, I still have my contract here, which I hope to fulfil.

‘So I hope to fulfil my contract here calmly and then yes I think about going back to Europe. ‘Of course the first club I’d choose if I could go back to Europe is Chelsea, for sure, which is the club that I built a very beautiful history with.

‘And when I was a child I watched the Italian league a lot because there were many Brazilians there. ‘So there are some teams from Italy that I like a lot, like Inter, AC Milan. So I would think about going to the Italian league if I return one day.’

Lampard rates Havertz & Werner after their Chelsea debuts vs Brighton

Tue Sep 15 , 2020
Chelsea manager Frank Lampard says there’s more to come from new stars Kai Havertz and Timo Werner after the duo made their full debuts in the club’s win against Brighton. Chelsea started their Premier League season with a 3-1 victory, where Lampard handed full debuts to both of his new […]