Paul Pogba has told his teammates he wants to leave Old Trafford this summer window and Manchester United will not stand in his way.

The 26-year-old rejoined United in the summer of 2016 after four years at Juventus in a record £89.3million deal but has struggled for consistency so far in England.


Pogba was desperate to leave after a series of bust-ups with Jose Mourinho, which led to the former United manager stripping him of the vice-captaincy.

The midfielder was one of the main beneficiaries of United’s decision to replace Mourinho in December, playing a key role in a record-breaking run of form which brought his side back into Champions League qualifying contention.

Pogba’s form, like that of his side, has dipped in recent weeks and was heavily criticised for his display during defeats last week at Barcelona and Everton.

According to L’Équipe, Pogba has confided in several of his closest friends in the United dressing room, outlining his intention to push for a move to Real Madrid during the close season.


Pogba is said to be disappointed with United’s inability to compete for major silverware and wants to make a transfer to the Bernabeu.

‘I know him personally, he is a truly different player,’ said Zidane last month. ‘Few players can bring as much as he can.


With just over two years left on his deal, United would prefer to sell Pogba this summer if they receive an offer in the region of £150m.

Fri Apr 26 , 2019
Emmanuel Adebayor has claimed that former Madrid manager Jose Mourinho killed everyone in Real Madrid’s changing room which also included Ronaldo. The Togo international spent the second half of the 2010-11 campaign at Real Madrid when Mourinho was the head coach there. And Adebayor talked about one particular dressing room […] 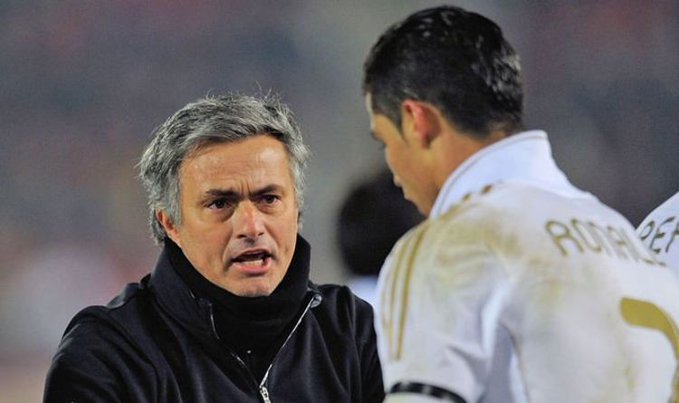