The Togo international spent the second half of the 2010-11 campaign at Real Madrid when Mourinho was the head coach there.


And Adebayor talked about one particular dressing room meltdown that saw Mourinho take out his frustration on the Portugal international.

“At Real, we were winning 3-0 at half-time. [Mourinho] came into the dressing room and went mental,” he recalled to the Daily Mail.

“He kicked the fridge, kicked the television, threw water. He killed everyone. I remember he once killed Ronaldo after he scored a hat-trick.


“Cristiano took it. Ronaldo could score a hat-trick but talk about the one he missed.”

Adebayor also revealed the unusual work rate with which Ronaldo approached training at the club.

“He trained with us at Real Madrid as though he was training with his kids,” added Adebayor.

“Passes with his back, control with his neck. He once kept the ball for five seconds with one touch! How is that even possible?


Adebayor scored eight goals in 22 games for Real Madrid while on loan from Manchester City in 2011.

The forward has played for numerous clubs in his career which includes Monaco, Arsenal, Tottenham and Crystal Palace.

Mon Apr 29 , 2019
Arsene Wenger believes Chelsea’s lack of pace under Maurizio Sarri is costing them and feels too much pressure is being placed on Eden Hazard. Sarri made an encouraging start as Chelsea head coach as his side went 12 matches unbeaten at the beginning of the Premier League campaign. But a […] 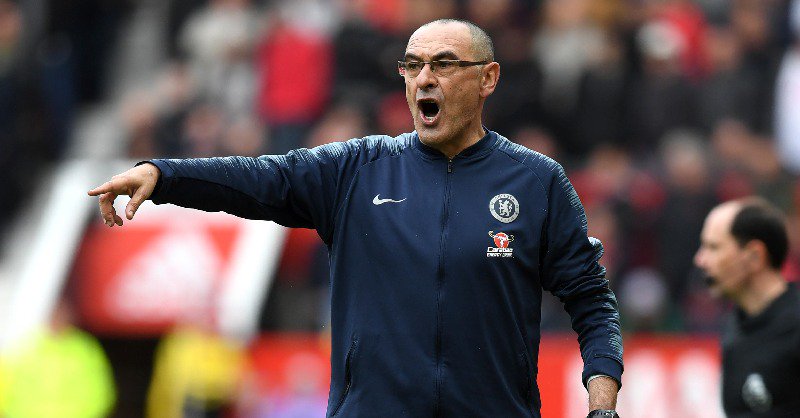