Jose Mourinho was involved in a huge dressing room tirade with Manchester United stars Paul Pogba and Phil Jones, according to reports.

The Portuguese was compelled to defend his relationship with Pogba following the Frenchman’s series of underwhelming performances.

Pogba was not in the squad that defeated Huddersfield in the FA Cup on Saturday due to illness while Jones was rested.


According to the Sun, there could be more to the pair’s absence as Mourinho was said to have launched attack on the both of them after last week’s loss to Newcastle.

After the defeat, Pogba was accused of being too careless in possession, while Jones also criticised, with both players said to be shocked in the manner at which they were being singled out by Mourinho.

The squad were also surprised with the intense tirade, as everyone could hear him shouting to both players.

The France international remains a doubt for United’s clash with Sevilla as Mourinho is not certain he will be back.


Pogba is said to have told Mourinho to change to a three-man midfield in a chat at Carrington after their loss against Newcastle.

Sun Feb 18 , 2018
Chelsea star Eden Hazard insists he is happy at the club but did not rule out the possibility of leaving in the future. The Belgium international responded to recent reports linking him with Chelsea exit, saying he will make the decision over if and when he will leave. Hazard has […] 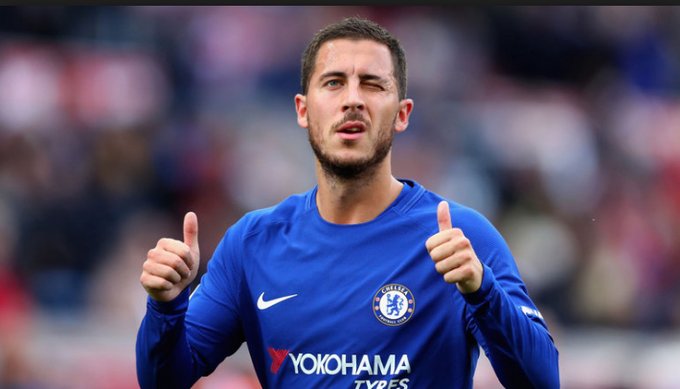