Paul Pogba blasted Jose Mourinho’s tactics as the two argued in front of the rest of the Manchester United team after Saturday’s draw against Southampton.

The Red Devils dropped more points against Southampton despite battling back from two goals down, and it was reported that Mourinho pinned the blame majorly on Pogba afterwards.


The Telegraph reports that Mourinho called his record signing a ‘virus’ and blasted the negative effect he has on the rest of his teammates and his lack of respect for the club.

Now further details of their exchange have been revealed, with Pogba responding to Mourinho’s complaints about his attitude in the dressing room.

According to The Times, the Frenchman hit back at the lack of enough options in midfield and said he had no one to pass to because Mourinho’s tactics do not allow players to move freely.

Pogba did not react in an angry way to Mourinho’s criticism and delivered his own critique calmly, with the disagreement never getting out of hand.


The World Cup winner was poor against Southampton, losing possession more times than any other United player on the field, while seven of his teammates had better passing accuracy.

Mourinho was critical of his midfield after the game, telling BT Sport : ‘Doesn’t matter the system we play, has to do with the characteristics of the players.

Wed Dec 5 , 2018
Maurizio Sarri says there is already a contract on the table for Eden Hazard to sign “immediately” at Chelsea, but that it is up to him to decide whether or not he signs. The Belgium international’s deal expires in the summer of 2020, and he has made no secret of […] 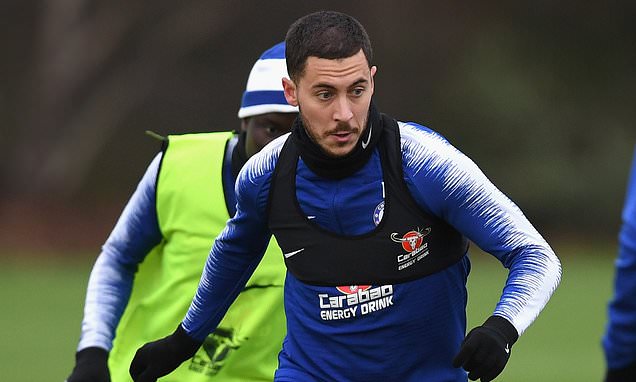