Phil Jones said Manchester United were a “laughing stock” under Mourinho this term, but they are “now heading in the right direction” with Ole Gunnar Solskjaer incharge.

Mourinho was sacked in December amid United’s poor run of form and with reports of dressing-room unrest at the club.


United were outside of the Champions League places and reeling after a 3-1 Premier League defeat to Liverpool but the club have gone 11 games without defeat in all competitions since Solskjaer’s appointment as caretaker to climb to fourth in the standings.

After Saturday’s 3-0 win over Fulham, United are now seen as a legitimate threat in the Champions League ahead of Tuesday’s first-leg last-16 fixture at home to Paris Saint-Germain and Jones is feeling confident.

“Everyone’s got to take us seriously now,” said Jones, who signed a new four-year deal with United this week.

“We might have been a bit of a laughing stock at the beginning of the season but we’re certainly not now. We’ve proven that in the last 10 or 12 games. We’re improving, we’re still getting better.


“It was tough for everyone involved. The club, the supporters, everyone. But it’s about becoming stronger and seeing that through.

“I’ve said it in the past, we’ve not achieved anything yet, we’re under no illusions but we’re heading in the right direction.”

Pogba scored a brace against Fulham at Craven Cottage, where Anthony Martial was also on target thanks to a impressive solo goal.

United are a point clear of Chelsea and Arsenal, and nine points behind Tottenham after 26 Premier League games.

“We knew we could get into the top four. It’s a big statement from where we were. We just need to keep improving and keep picking up points,” said Jones.

Wed Feb 13 , 2019
Ole Gunnar Solskjaer claimed he will struggle to reverse Alexis Sanchez’s  faltering career after another poor performance from the Manchester United forward against Paris Saint-Germain. The former Arsenal player has struggled to find any semblance of his best form since his transfer to Old Trafford last January. After a goal […] 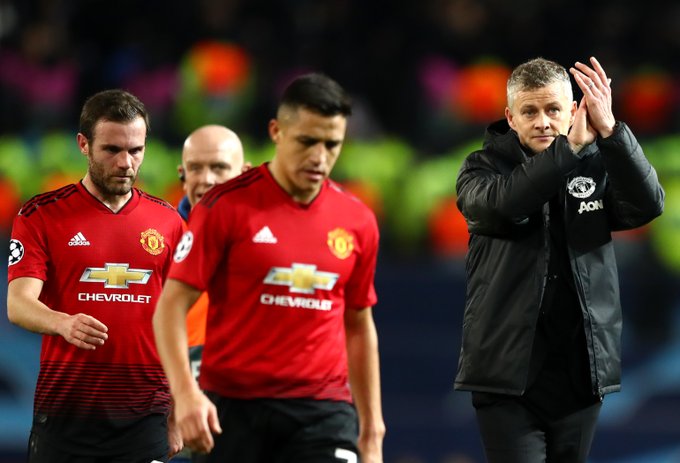