Sergio Ramos has hit back at Jurgen Klopp after the Liverpool manager criticised the Real Madrid defender for injuring Mohamed Salah in the UEFA Champions League final.

Klopp described Ramos’ display in Liverpool’s 3-1 loss to Madrid as ‘ruthless and brutal’ as Salah was taken off with a shoulder injury in the first half.


Ramos, who wrestled Salah to the ground by holding the forward’s right arm, also gave Loris Karius a concussion after elbowing the goalkeeper in the head during the second half.

But Ramos has continued his war of words with Klopp by talking about the German’s record of just one win in his last seven finals as a football manager.

‘I do not want to continue talking about the subject, his opinion is his opinion,’ Ramos said before Madrid’s Super Cup final against Atletico Madrid.

‘Everyone has a point of view that should be respected.

‘I had no intention of holding Mohamed Salah’s arm, but he grabbed my arm first.


‘If Jurgen Klopp wants to make it a reason to lose, this is not the first final he has lost.

‘Let him worry about his own players and leave the rest who have been demonstrating at a very high level for many years.

‘Let’s see if he can say the same thing as a coach.


‘But in the end he is a great coach and I voted for him for the Coach of the Year award.’

Wed Aug 15 , 2018
Diego Godin has revealed that he rejected a transfer to Manchester United due to ‘personal reasons’. United made a late effort to sign the 32-year-old in the last stages of the summer transfer window by triggering the €25 million release clause in his contract with Atletico Madrid but failed. Mourinho […] 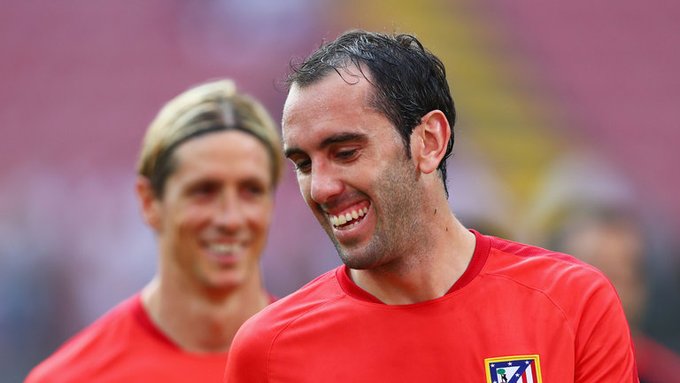