Sergio Ramos has hit back at the furore surrounding his actions in the Champions League match between Liverpool and Real Madrid.

Mohamed Salah had a dislocated shoulder during Liverpool’s 3-1 loss in Ukraine, after a tangle with the Spain international.

It has now been reported that goalkeeper Loris Karius sustained a concussion after he was  elbowed by Ramos, and the centre-back has defended himself.


“Damn, they’ve given this a lot of attention, the Salah thing,” he told reporters, per Cuatro . “I didn’t want to speak because everything is magnified. I see the play well, he grabs my arm first and I fell to the other side, the injury happened to the other arm and they said that I gave him a judo hold.

“After the goalkeeper said that I dazed him with a clash. I am only missing Firmino saying that he got a cold because a drop of my sweat landed on him.”

Karius made two costly errors during the final, each happening after the encounter with Ramos.

Initially, the goalkeeper threw the ball out, only for it to be hijacked by Karim Benzema for Madrid’s first goal, before he made a mistake from Gareth Bale’s long-range effort.


After the match, Salah’s fitness has been the subject of much debate, but he is expected to participate in the World Cup with Egypt this summer.

And Ramos insists that the forward could have continued the game, had he been given a pain-killing injecion.

“I spoke with Salah through messages, and he was quite good,” he added. “He could have played if he got an injection for the second half, I have done it sometimes but when Ramos does something like this, it sticks a little bit more.

“I don’t know if it’s because you’re at Madrid for so long and win for so long that people look at it a different way.”

Wed Jun 6 , 2018
Chelsea goalkeeper Thibaut Courtois says it’s “strange” that Liverpool goalie Loris Karius has been diagnosed with a concussion after playing the full minutes of the Champions League final. Karius made two big mistakes that resulted in goals as Real Madrid defeated the Reds 3-1, and a hospital assessment revealed on […] 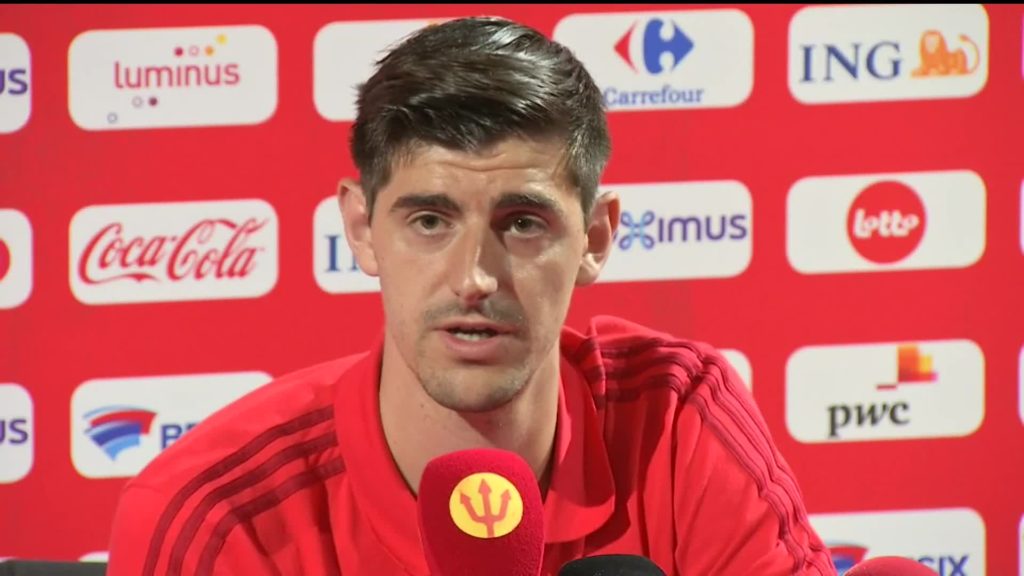