Paul Pogba has added fuel to the fire of his disintegrating relationship with Jose Mourinho by rejecting interviews after Manchester United’s latest loss with a four-word reply: “You want me dead?”

A 3-1 loss against West Ham on Saturday means United have taken just 10 points from their first seven matches of the season, recording their joint worst start to a Premier League campaign, equalling the beginning of David Moyes era.


Pogba was replaced by Mourinho during the second half at the London Stadium to wrap up a week of controversy in which the pair were involved in a training ground bust-up on Wednesday.

That came after United were dumped out of the Carabao Cup by Derby County at home and while the Portuguese boss denied a row with Pogba, he has removed the France star from being the vice-captain

After a 2-1 home victory over Leicester City on the first week of the season, Pogba revealed in post-match interviews that he could not speak his mind for the fear of being fined.

But Pogba did not hold back in his criticism of United’s tactics in a draw against Wolves at Old Trafford, saying the club should “attack, attack, attack” at home in what was widely seen as a barb at Mourinho’s tactics.


Saturday’s defeat at West Ham represented a new low point for the era of Mourinho and while Pogba rejected the chance to criticise the game, he once again showed he is unsettled at the club.

Asked by reporters to stop in the post-match zone, Pogba said: “You want me dead?”

Pogba has been linked with a January transfer to Barcelona, while Juventus are also interested in buying the World Cup winner, who was then football’s most expensive player when he left Turin to return to United in August 2016.


Mourinho’s long-term future at Old Trafford is also in doubt, with reports claiming former Real Madrid manager Zinedine Zidane is being seen as his successor.

Mon Oct 1 , 2018
Chelsea defender Antonio Rudiger fears the club are becoming overly reliant on Eden Hazard ’s incredible goalscoring form. The Belgium international has been on form since Maurizio Sarri’s appointment and has scored eight goals in nine appearances for club and country this campaign. Hazard was on target again in Saturday’s […] 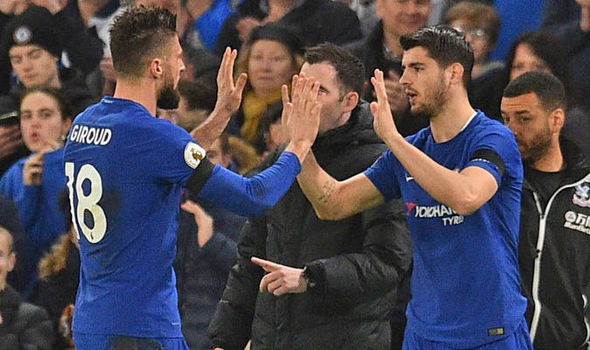