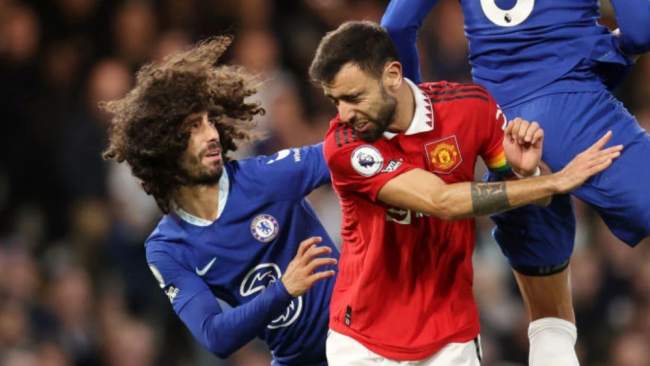 Chelsea manager Graham Potter has explained his decision to haul off Marc Cucurella after only 36 minutes against Manchester United on Saturday evening.

The 24-year-old, who played under Potter at Brighton, was replaced by Mateo Kovacic as the Blues head coach opted to make a tactical switch in the first-half, with the score still 0-0.


Potter had started the game with a back-three – Cucurella, Chalobah and Thiago Silva – with Cesar Azpilicueta and Ben Chilwell operating as wing-backs.

But he decided to change that and go with a back four instead, with Chalobah partnering Silva in the middle as Azpilicueta and Chilwell filled the right-back and left-back roles respectively.

That allowed Chelsea to operate with an extra man in the middle as Kovacic joined Jorginho and Ruben Loftus-Cheek to link the base of their midfield with their attacking front three of Mason Mount, Raheem Sterling and Aubameyang – with the club looking much stronger after the switch.

‘Graham Potter will be delighted to have got to 0-0 after 35 minutes given the way the game has gone,’ Gary Neville said about the tactical change. ‘He had to change it. The initial plan wasn’t working.’


Speaking after the game ended in a dramatic 1-1 draw at Stamford Bridge, Potter explained his decision, and said: ‘Our sense was that we were getting overrun.

‘We needed an extra player in there to create more pressure and stop them building attacks. It’s a feeling I had. It wasn’t an easy decision but the boys responded really well.


‘[Kovacic] has been nursing his knee all season pretty much and you look at the schedule, it’s impossible for him to start all the games. We’ve planned for him to have less time but things have conspired against us.’

Potter added: ‘Manchester United were better than us for the first 30 minutes. We had to respond and I felt we did that. It wasn’t from a lack of trying. The boys gave everything.

‘A really fighting performance from us, we improved a lot after 30 minutes so we will take what we get. We couldn’t get enough control of the game in the middle.’

‘Kepa was a bit unlucky but it’s only just gone in and the first goal we have conceded in a while but we have to take the positives,’ Potter said.

‘I thought we could’ve attacked a bit better at times. We had chances, they had chances so a point is about right.’

4 months ago
Cristiano Ronaldo has told Manchester United manager Erik ten Hag he wants to fight for his place and up his fitness levels after the midweek bust-up. The Portuguese threw a strop by refusing to come on as a late sub against Tottenham and then headed straight for the dressing room […] 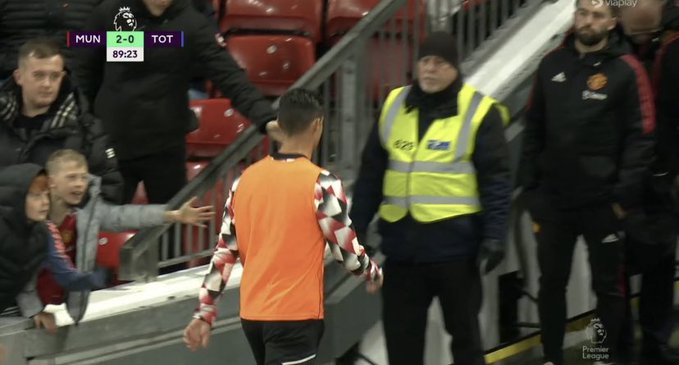