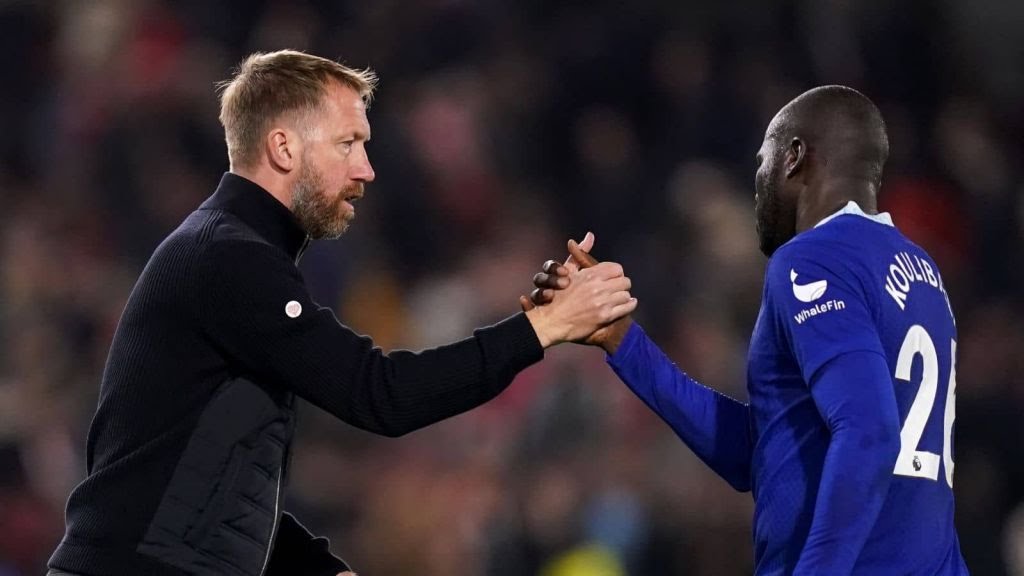 Graham Potter has confirmed Kalidou Koulibaly was not available for Saturday’s game against Manchester United due to a knee injury.

The summer signing from Napoli has endured a tough start to his Premier League career but had begun to cement his place at the heart of Chelsea’s defence in the absence of Wesley Fofana.


Koulibaly completed 90 minutes against Brentford in midweek as he helped his team snuff out the threat of Ivan Toney and keep a clean sheet in the draw at the Gtech Community Stadium.

The 31-year-old, however, felt his knee after the match and wasn’t risked against the Red Devils forcing Potter into another defensive reshuffle.

‘Just felt his knee at the back end of the game against Brentford,’ Potter told Sky Sports. ‘Not too bad but too soon for this one.’

Chelsea made three other changes including returns for Pierre-Emerick Aubameyang and Sterling returning to an attack which struggled to create enough chances in midweek.


Potter added: ‘We lost Koulibaly so you can’t play him then you’ve got a couple of players returning who recovered against Brentford.

‘Thiago couldn’t play in midweek so it’s a case of managing the load and managing the games and picking a team that can be competitive and win the game, hopefully.’


United, meanwhile, without Cristiano Ronaldo, of course, made one change to the team which dispatched Tottenham in midweek with Eriksen replacing Fred in midfield.

Explaining the change, Erik ten Hag told MUTV: ‘It was a difficult one because the performance from Fred was magnificent.

‘But I also cannot ignore perfect performances over a long period from Christian Eriksen. [He] was even our best player in the first games of the season.

‘He will show his distribution, his cleverness to take the right positions and also he sees the passes, the final pass and he can score a goal. This team, I really happy with [fitness] that, they get fitter and fitter and they really work hard for it.

‘They do the right things in recovery and food and you can see you can play every game.’

Bruno Fernandes speaks out on Ronaldo uncertainty at Man Utd

3 months ago
Bruno Fernandes concedes Manchester United players are in the dark over the future of Cristiano Ronaldo. The United star was axed from the squad after he refused to come on as a substitute against Spurs in midweek with his team 2-0 up and looking to close out an important win. […] 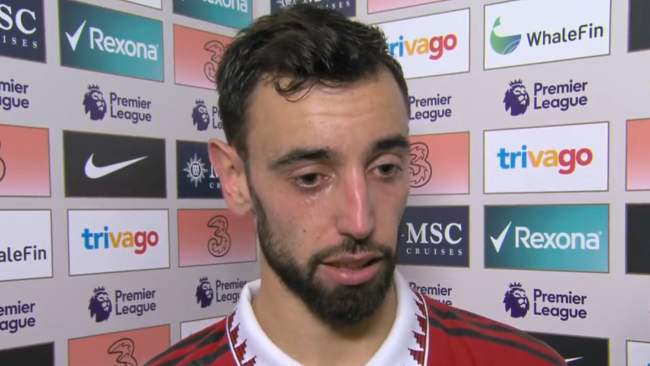