Manchester United’s executive vice-chairman Ed Woodward has suffered his very first failure of the summer window by making a last-ditch attempt to sign Julian Brandt, according to reports.

Ole Gunnar Solskjaer is keen to strengthen his attacking area and United are close to securing a £15 million deal to sign Swansea City star Daniel James.


United are also planning to submit an opening bid to Newcastle United for their 21-year-old midfielder Sean Longstaff.

But according to Manchester Evening News, Manchester United also made an approach to Bayer Leverkusen to find out the possibility of signing Brandt.

But United were unfortunately told that the Germany international had already agreed a deal to move to Borussia Dortmund.

And on Wednesday, Borussia Dortmund confirmed the signing of Julian Brandt in a €25m (£22.1m) deal. United have already lost out in their attempt to sign Jadon Sancho from Dortmund.


The club were ready to spend up to £100m to sign the England international but a failure to secure Champions League football for next campaign has put Sancho off a transfer to Old Trafford.

Fri May 24 , 2019
Ajax star Matthijs de Ligt has fueled speculation over a transfer to Manchester United by ‘liking’ a post on Instagram from United legend Rio Ferdinand. The Dutchman is set to leave Ajax this summer window after CEO Edwin van Der Sar conceded the defender had likely played his last match […] 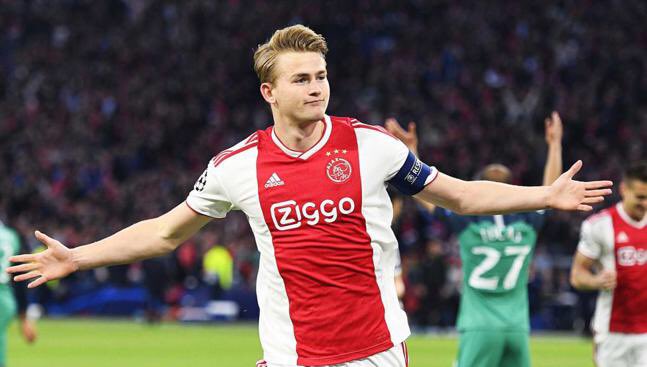