Robinho says he was interested in joining Chelsea from Real Madrid in 2008, but a dispute between the two clubs led to a transfer to Manchester City instead.

The Brazilian featured for Real Madrid from 2005-08 before joining City for £32.5 million as one of the club’s first major signings of Sheikh Mansour’s ownership.


He went on to score 14 goals in 41 matches for the club before his time at the club came to an end with a loan to Santos and a subsequent sale to AC Milan.

However, the 34-year-old forward says the move to City almost never came to reality and only did so because of Madrid’s frustrations with Chelsea.

“My main goal was to move to Chelsea – Big Phil [Scolari] had said I could make the difference for him as his squad, according to him, was not creative enough,” Robinho told FourFourTwo.

“But Real Madrid had fallen out with Chelsea – they didn’t like them selling shirts with my name on before the deal had been done. I am pretty sure that this error was one of the main reasons why the transfer failed, as it was a matter of pride for Real Madrid.


“And they were also reluctant to let me move to a club that was playing in the Champions League the same season – Chelsea were, but City weren’t.

“I moved to a great club and they welcomed me in the best way. I had one-and-a-half years of joy in Manchester, despite the city being a lot colder than Madrid!”

“From the day I arrived, I could see City’s project was destined to be a success and the club would grow – but I didn’t think it would be quite so fast,” he said.

“I didn’t know much about the club before I got there, but I always felt very honoured to have been the first marquee signing.

“I started well, but unfortunately there weren’t as many great names as there are these days. Man City are the only side I’ve left without winning a title.”

His lack of trophies with Man City does still bother him, though, he went on to win a Serie A title, an Italian Supercup and a Chinese Super League trophy after leaving City.


“I don’t think I had much to prove to Man City or anyone in England,” he said. “I had played well during my time there, but I just didn’t play there as long I wanted – there were some issues.

If you want to become a bigger club, then you need more than one or two star names – you need a strong group and substitutes.
“Milan, I was surrounded by great players; it wasn’t the same at City.”

Tue Sep 11 , 2018
Liverpool midfielder Fabinho believes Chelsea could live to regret sending Tiemoue Bakayoko on loan without giving his former Monaco teammate a fair chance. The France international was signed a season ago by Antonio Conte in a £35million deal but he failed to live up to expectation at Stamford Bridge, although […] 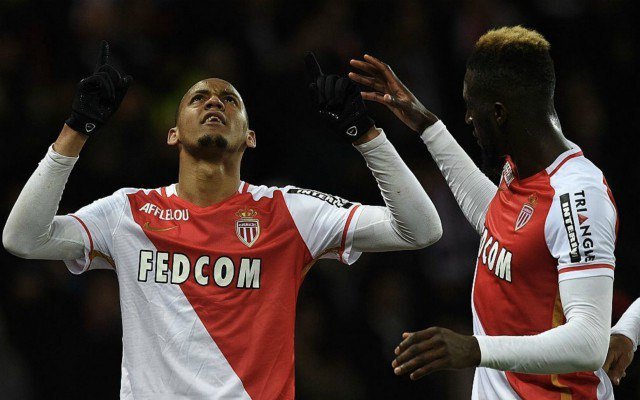