Manchester United forward Romelu Lukaku has spoken of his desire to one day play in Italian league.

Lukaku – who scored a brace in Belgium’s 2-1 Nations League win over Switzerland on Friday – is in his eighth campaign in the Premier League.

It’s been a disappointing season for him so far at club level, with United currently eighth in the Premier League, having had just 13 points from their opening eight league games.


Asked by La Gazzetta dello Sport if he would make a move to the Seria A, he said: “Why not? I hope so.”

Lukaku was also full of praise for Juventus – who United face in the Champions League on 23 October – and believes they are one of the best teams in Europe.

“Juve have a great project in place and they just keep going,” he added. “Every year they try to get stronger.

“Without doubt, Juve are one of the two or three best teams in Europe. They’ve got a great coach and extraordinary players in every area of the team.


“Cristiano Ronaldo stands out but watch out for the others too. Paulo Dybala is already impressive and getting stronger, while I love Douglas Costa. He’s an exceptional signing and his career shows he always makes the difference.

“It’s a tough group, but obviously Manchester United want to finish on top.”

Jose Mourinho’s side sit in second place in their Champions League group having picked up four points from their opening two games so far.

Before United’s match with Juve, Lukaku is likely to line up for Belgium when Netherlands visit Brussels for a friendly game on Tuesday.


Netherlands are in positive spirits after their historic 3-0 Nations League win over Germany, but will be without Virgil van Dijk after he withdrew from the squad with an injury.

Tue Oct 16 , 2018
Sadio Mane has become the latest Liverpool player to sustain an injury after suffering a hand injury with Senegal, although an official diagnosis has not yet been given. Reports claim that Liverpool are aware of the injury and will assess him upon his return back to the club. It remains […] 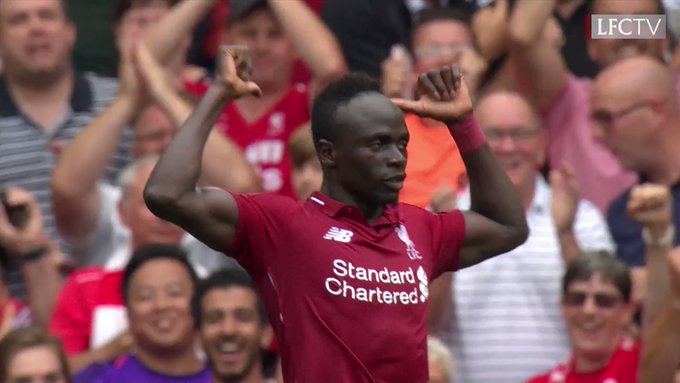