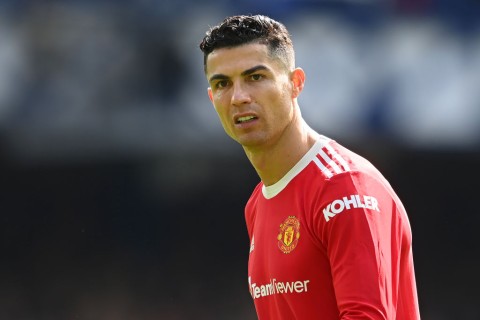 Cristiano Ronaldo will miss Manchester United’s Premier League match against Liverpool on Tuesday after the death of his baby son.

The Portugal international and his partner, Georgina Rodriguez, announced in October that they were expecting twins. But Ronaldo revealed on Monday evening that their baby son had died during childbirth, while their newborn daughter survived.


‘It is with our deepest sadness that we have to announce that our baby boy has passed away,’ Ronaldo said in his statement.

‘It is the greatest pain that any parents can feel. Only the birth of our baby girl gives us the strength to live this moment with some hope and happiness.


‘We would like to thank the doctors and nurses for all their expert care and support. We are all devastated at this loss and we kindly ask for privacy at this very difficult time. Our baby boy, you are our angel. We will always love you.’

United travel to Anfield to face Liverpool on Tuesday but Ronaldo, who scored a hat-trick in the 3-2 win against Norwich on Saturday, will play no part in the game.

In their tribute to Ronaldo and his family which was released on Tuesday, the Red devils said: ‘Family is more important than everything and Ronaldo is supporting his loved ones at this immensely difficult time.

‘As such, we can confirm that he will not feature in the match against Liverpool at Anfield on Tuesday evening and we underline the family’s request for privacy.


‘Cristiano, we are all thinking of you and sending strength to the family.’

Cristiano Ronaldo’s sister, Katia Aveiro, also posted an emotional message in support of her brother and his partner.

‘I love you and my heart is with you over there,’ she wrote on Instagram. ‘May God take care of you and strengthen your path more and more.

‘Our angel is already on daddy’s lap. And our little girl is there firm and strong and full of health and is going to show us with every day that only love matters.’

‘Daddy’ is a reference to Cristiano and Katia’s father, Denis, who died aged 52.

Ronaldo also received a number of messages of support from his United teammates, as well as from clubs who he’s played both for and against.

Real Madrid said in their statement: ‘Real Madrid CF, its president and its Board of Directors deeply regret the death of one of the children that our beloved Cristiano Ronaldo and his partner, Georgina Rodríguez, were expecting.

‘Real Madrid joins the pain of the whole family and wants to show them all our love and affection.’

In their reply to Ronaldo’s announcement, Liverpool wrote on Twitter: ‘All of us here at Liverpool FC send our deepest condolences to you, Georgina and the family.’

4 months ago
Thomas Tuchel has played down his furious touchline rant at Jorginho during Chelsea’s FA Cup victory, insisting it was ‘nothing personal.’ Chelsea recorded a 2-0 win over Crystal Palace on Sunday afternoon to set up a mouthwatering FA Cup final with Liverpool next month. Tensions were high in the Blues […] 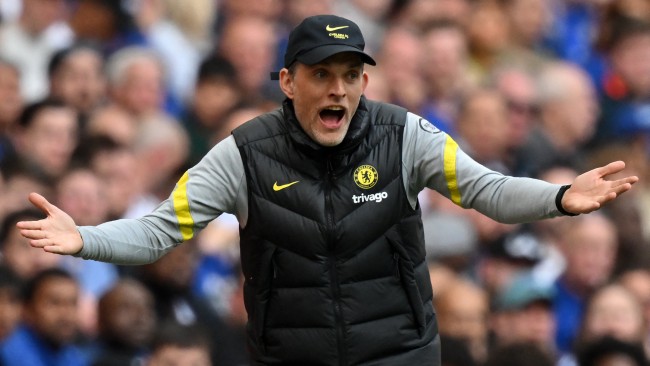