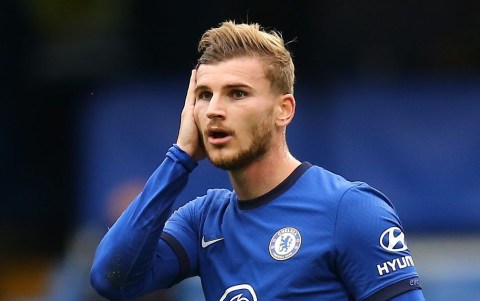 Timo Werner has warned his teammates that they will not win any trophy this campaign if they continue to leak goals after the 3-3 draw with Southampton.

Chelsea were two goals in front after just 30 minutes at Stamford Bridge following Werner’s sublime double in the first half.


But Southampton pulled one back just before the break after a mistake from Kai Havertz led to Danny Ings’ first goal for the Saints.

After the break, Che Adams then capitalised on mistakes from Kurt Zouma and Kepa Arrizabalaga to equalise for the club.

However, Kai Havertz struck to put Chelsea back in front but the visitors were still able to earn a point through Jannik Vestergaard’s goal in injury time.

‘The first half we played very well until the goal from Southampton. When you get a goal two or three minutes before half time it is always not an easy situation because you have to have a clear head in the second half because two goals is better than one goal,’ Werner told Premier League Productions.


‘In the second half Southampton put a lot of pressure on us and pressed us high. I think we gave them too many opportunities to score goals. We have to win the game.


Asked if the blues have a problem in defence, Werner said: ‘I don’t know if we have a problem but in the end the last three games we concede six goals and that’s not where we want to be. I think we are Chelsea, we want to battle for titles.

Sat Oct 17 , 2020
Liverpool defender Virgil van Dijk could be set to miss the remainder of this Premier League season after injuring his ACL on Saturday. The Dutchman appeared to suffer a nasty hyperextension of his right knee after a poor challenge from Everton goalie Jordan Pickford in the first half of the […] 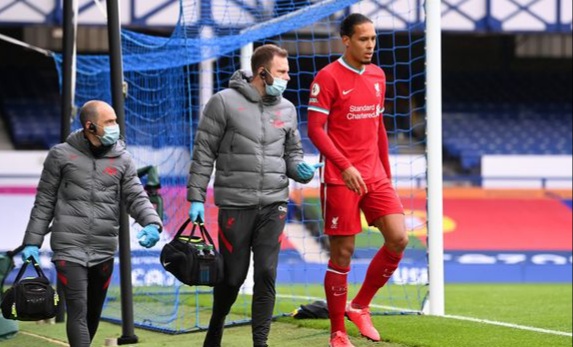