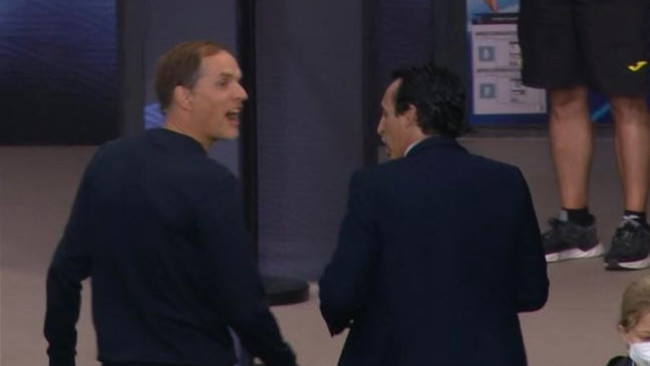 Chelsea boss Thomas Tuchel said he had ‘no problem’ with Unai Emery after his team’s Uefa Super Cup win but slammed a member of Villarreal’s coaching staff for his reaction to Antonio Rudiger’s first-half challenge.

TV cameras caught the two coaches exchanging words in a heated argument as they headed down the tunnel at the break in Belfast, while the Blues held a one-goal advantage through Hakim Ziyech’s opener.


Rudiger was shown a yellow card for his challenge on Villarreal’s Yeremi Pino and Tuchel soon joined his fellow countryman in the book after remonstrating with the referee for what he saw as a harsh decision.

But it did not finish there, with Tuchel and Emery involved in another argument as they headed for their dressing rooms, several minutes after the incident at Windsor Park.


‘This was a really, really great tackle in my book, in my era, But in today’s game, he gets a yellow card,’ Former Manchester United defender Rio Ferdinand told BT Sport while discussing Rudiger’s challenge.

Former Chelsea player Joe Cole added: ‘If I was Pino, I’d have expected the centre-half to clean me out. But nowadays football is very civil.’

In his post-match interview with BT Sport, Tuchel conceded he was unhappy with one Villarreal staff member for their overly ‘loud’ reaction to Rudiger’s robust ‘English tackle’.

‘With him [Emery], there is no problem,’ the Chelsea manager told BT Sport shortly after Kepa Arrizabalaga came on to inspire his side to victory in Wednesday’s nail-biting penalty shootout.


‘It was somebody on his staff that was a bit too loud. ‘But yeah okay, it’s like this. We thought it was an English tackle, they saw it as a foul.’

Tuchel also indicated that he will be without Ziyech for the foreseeable future after the former Ajax star was forced with a ‘serious’ shoulder injury at the end of the first half.

‘If you take a player out during the first half, it’s serious,’ the German coach said. ‘It’s unfortunate because he was a very decisive player for us in the last few games.’

9 months ago
Rio Ferdinand bemoaned Hakim Ziyech’s shoulder injury in Chelsea’s Super Cup victory over Villarreal and urged the player ‘do his rehab and protect himself’ to ensure a strong return to the team. Ziyech opened the scoring in Belfast but his night was brought to an end as he was forced […] 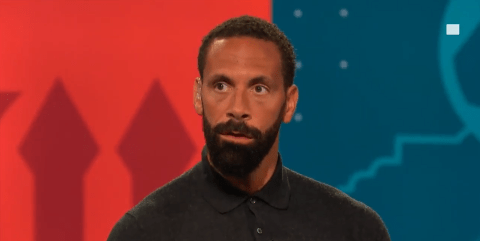