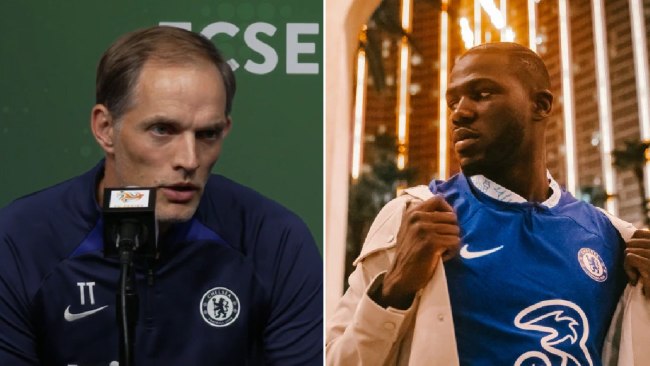 Tuchel believes Kalidou Koulibaly is a ‘brilliant signing’ for Chelsea and says the defender will bring ‘quality and experience’ to his defence at Stamford Bridge.

The Blues completed a £33million deal for Koulibaly on Saturday, with the Senegal international signing a four-year contract in west London.


Koulibaly spent almost a decade at Napoli, playing 317 games for the Italian side and establishing himself as one of the best defenders in Serie A.

Tuchel was desperate to improve his defensive options after seeing Antonio Rudiger and Christensen leave at the end of the 2021-22 season.


Discussing Chelsea’s move for Koulibaly, Tuchel said: ‘He brings experience, quality, top defending quality, height, and everything we’re looking for to play a back three or four.

‘It’s another brilliant signing for us and we hope he can show his quality as soon as possible. He’s now training outside, he arrived yesterday.

‘He knows some of the players, I think it will be very quick that he feels welcome in the group. It’s a nice group and everybody is very happy that he’s with us now.’

Koulibaly’s Senegal team-mate Edouard Mendy has also reacted to his transfer to Chelsea, describing the player as a ‘top player’.


‘I’ve known Kalidou for a while now,’ Blues goalkeeper Mendy said. ‘He was the first one who welcomed me in the national team so we were in the same room at first, when I first met him, when I got my first call-up, so the feeling was amazing.

‘If you talk about his qualities on the pitch, I think I will let the people and the Chelsea fans see this player and I hope they will enjoy watching him.

‘He’s a top player, as everybody knows, but he is a top person and that’s why in the dressing room he’s a very good addition.

‘He is a guy who likes the responsibility but also he can joke with everyone, so we need this kind of person. And I think everybody’s going to be happy with him and what they see.

‘Every year we had this – the link with Chelsea and Kalidou in the media – and this year it happens so I am happy!’


Koulibaly, meanwhile, says talking to Mendy and Chelsea midfielder Jorginho helped convince him to make the move from Napoli.

‘I’m very happy to be here with this team at Chelsea,’ he said. ‘It’s a big team in the world and my dream was always to play in the Premier League.

‘Chelsea came first to get me in 2016 but we didn’t make it. Now when they came to me I accepted it because they really wanted me to come to the Premier League to play for them. ‘When I spoke to my good friends Edou [Mendy] and Jorginho they made my choice easier.’

7 months ago
Chelsea goalkeeper Edouard Mendy has warned Liverpool that selling Sadio Mane to Bayern could have a ‘huge impact’ on the club next season. Liverpool rejected two offers from Bayern before agreeing a £35m fee for the Senegal forward, who has signed a three-year deal with the German giants. Mane has […] 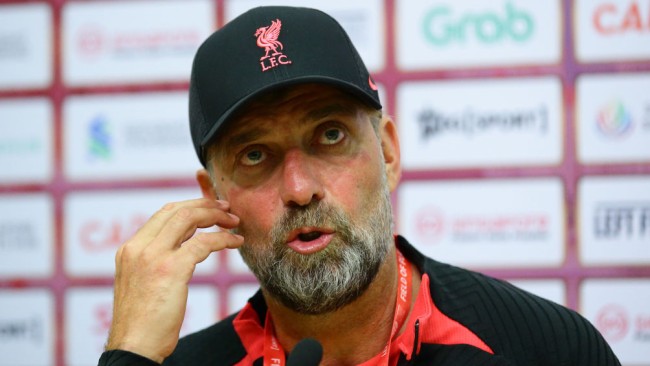