Liverpool defender Virgil van Dijk has rejected suggestions that the club are playing a higher defensive line this campaign amid criticism of their poor performances at the back.


The Merseysiders are yet to keep a clean sheet this campaign despite being dominant defensively in the 2018/19 season, while Jamie Carragher was notably critical of the way they have tried to play clubs offside.

But Van Dijk insists the Reds have not changed their approach and the introduction of VAR – with linesman encouraged to keep their flag down – is exaggerating how open the defence really is.

Asked if they are playing higher up the pitch, Virgil Van Dijk told The Times: ‘In certain situations it looks like it [a high line] but I don’t think we’re doing things differently.


‘There were certain goals disallowed and it looks then that we’re not defending pretty well.’

Probed on whether the team are trying to play offside more now VAR has been introduced, he continued: ‘No, no! It’s nothing to do with VAR.

‘The new rule is we have to play on until the whistle, and sometimes it looks a bit chaotic, especially when we have a high line, and the player is offside and we still play on.’

Having failed to keep clean sheets against Norwich, Chelsea and Southampton, Liverpool now face an even more threatening attack when Arsenal visit Anfield on Saturday and Van Dijk knows he needs to be at his best.


Asked about taking on Lacazette and Pierre-Emerick Aubameyang, he added: ‘They’re fantastic finishers, both of them. They’ve got pace, but overall Arsenal are just a great team. They have a clear plan of playing. It’s a fantastic game to play in.

Sat Aug 24 , 2019
Chelsea head coach Frank Lampard reportedly ripped into David Luiz before his transfer move to Arsenal where he criticised one of his performances in pre-season. The 32-year-old defender was allowed to join the Gunners on deadline day after the Brazilian was deemed surplus to requirements at the club. Luiz got his […] 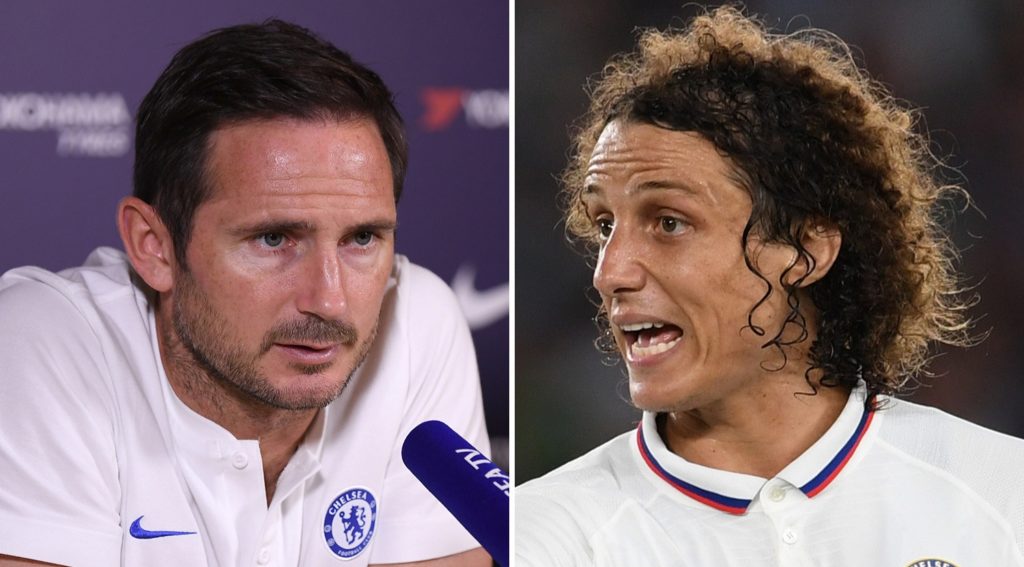