Former Manchester United central defender Nemanja Vidic has spoken about the time he nearly came to blows with Chelsea legend Didier Drogba in one of his many on-pitch battles with the frontman.


The two teams dominated the Premier League over a period of seven years with Vidic arriving in 2006 – just after Jose Mourinho’s second title-winning campaign at Stamford Bridge.

The Serb’s physical duels with Drogba were one of the hallmarks of the games between the two clubs, though Vidic admits things nearly spilled over in the Champions League final in 2008.

Speaking to The Athletic, the former defender recalled: ‘Drogba wanted to punch me during the game. At first I was thinking: “What is he doing?” Then I went towards him. I was stupid, so was he. He was sent off.’

Drogba was sent off for slapping Vidic and United went on to win the title via a penalty shoot-out, though there were no hard feelings when they were reunited in the same venue years later.


Vidic continued: ‘I saw him again in Moscow 10 years later during the World Cup. We shook hands and said hello. I respect him as a footballer and man.

‘We pushed each other as players. United and Chelsea were the best two teams in the world — and not just for one year. We reached three Champions League finals in four years. That’s not easy.’

On Drogba’s strengths, he said: ‘He was a very clever player who would get into the brain of the defenders. He was strong, but he was always thinking ahead.

‘He would think, “If the defender pushes me now I will go down” or “Next time I will go strong”. He used his strength well; he was really good in the box at Stamford Bridge, a close, tight stadium. Drogba was on you for the full game.


‘Drogba would be even better if he didn’t get so many injuries. He was always around the box and very difficult to stop from scoring. He scored so many important goals, he was very consistent. I played against him when we were both at the peak of our careers.’

Mon Sep 9 , 2019
Douglas Costa’s agent has claimed that Manchester United had a ‘strong interest’ in the player this summer, but Maurizio Sarri had no intention of allowing him leave Juventus. Injury problems meant Costa only managed seven league starts for Juventus last campaign and the 28-year-old was heavily linked with a move away from the club ahead […] 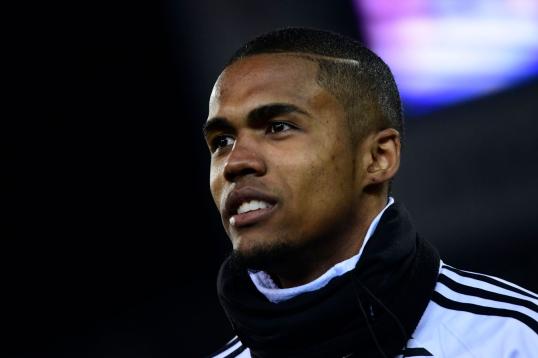