Arsene Wenger has responded to Roy Keane’s criticism of Arsenal midfielder Jack Wilshere after his poor performance in the Europa League.

Speaking to ITV following Arsenal’s home defeat to Östersunds FK in the Europa League, Keane calles Wilshere the ‘most overrated player on the planet’.

‘Where do I start? I think Arsenal are a great example on how not to start a game of football,’ Keane said.

‘We can talk about being a shambles but they’re so slow out of the blocks, poor attitude. The manager summed it up.


‘No energy, no desire, you’re looking for your senior players to lead by example.

‘I always think, when Wilshere’s your captain, to me, probably the most overrated player on the planet.

‘And they got lucky with the result at the end of it. But if you start a game slowly, no matter how good you are, it’s hard to get going. You can’t just switch it on and off.’

Asked about Keane’s comments on Friday, Arsene Wenger said: ‘It’s very difficult. I personally rate Jack very highly. After that you can have opinions.

‘Jack was in the team last night and didn’t perform well. Was it one of his best performances? Certainly not. But Roy Keane knows that can happy to everybody.’


However, Wilshere admitted Arsenal were ‘nowhere near good enough’ and conceded that they ‘underestimated’ their opposition after the gunners had won the first leg 3-0.

‘But we’re through and that’s all the counts, we’ll see who we get tomorrow and then we’ve got a big game on Sunday so we have to focus on that.

‘When you’re 3-0 up in two-leg games you still have to go again. We know it’s only half-time and we know they’ve got quality they want to play.

‘Maybe we underestimated them a bit but the main thing is we’re through. We know we weren’t good enough tonight and we’ll accept that and move on. ‘

Sat Feb 24 , 2018
Antonio Conte admits that he regrets allowing Nemanja Matic join Manchester United in the summer transfer window. Nemanja Matic was part of the Chelsea team that won the Premier League title last season but he was allowed to join United in a £40m deal. The Serbia international is expected to […] 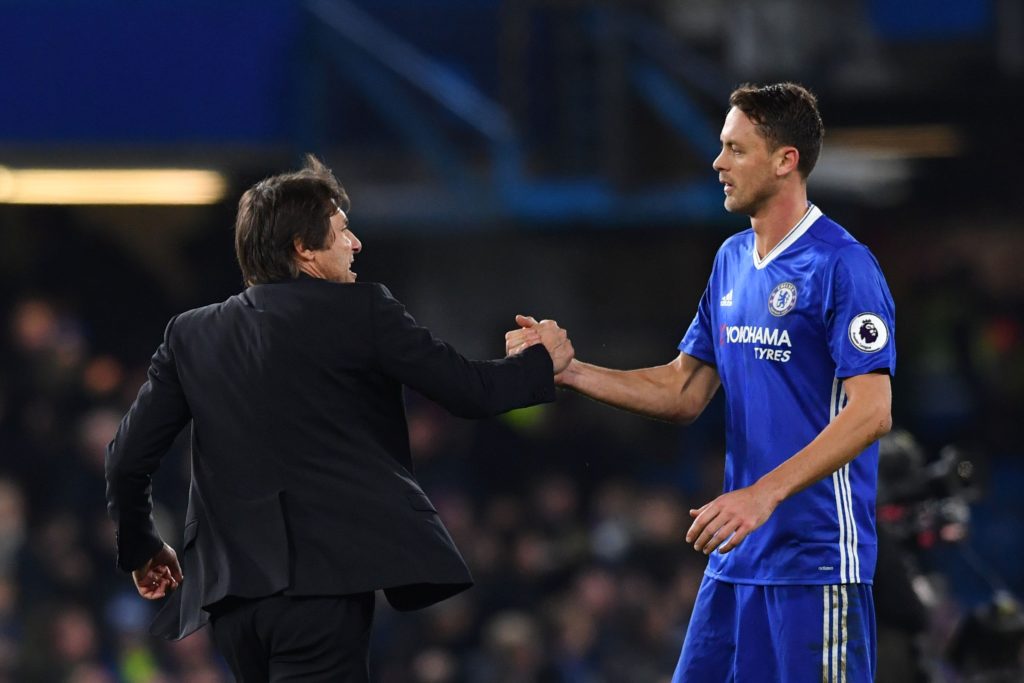