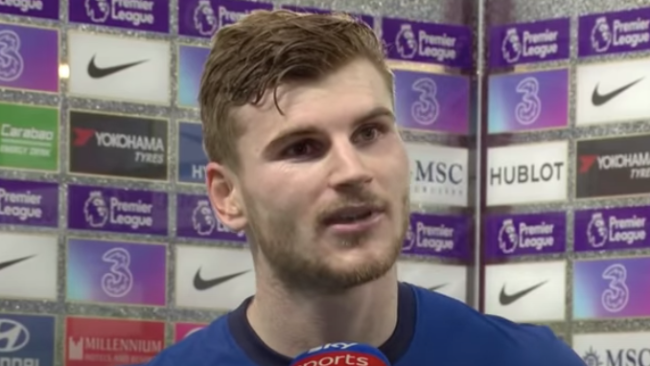 Timo Werner was delighted after ending his Premier League goal drought in Chelsea’s win over Newcastle and said it helped having Thomas Tuchel shouting at him in his native German from the touchline.

The 24-year-old has had a tough debut campaign since arriving from Leipzig and had gone 14 games in the league without finding the net before Monday’s game at Stamford Bridge.


But Werner finally found the net in the 39th minute to double Chelsea’s advantage after Olivier Giroud’s opener and they kept hold of their lead to seal a fifth straight victory in all competitions.

Tuchel’s unbeaten record remain intact with the result and Werner hailed Tuchel’s impact in his post-match interview with BBC Sport.

‘It’s helped me that someone can scream at me in German!’ he said. ‘He is [Tuchel] a really good guy, has a good idea of the football we want to play and, when we have more and more training sessions with him, we will get better and better.

‘A few weeks ago we were somewhere and nowhere and we were a lot of points behind fourth place.


‘We want to keep going, we’re only four points to second place and lots have said we won’t reach the top four at the end of the season, but here we are. We have a good shape, we’re back on track.’

Werner told Sky Sports: ‘The first half was really good form us, we played very good football. ‘I’m happy that I scored finally and there’s still a long way to go but if we keep going like this is will be a good end for us.


‘As a striker you always want to score, the last month was hard I was not happy with not scoring. But at the end it’s a team sport, when we win everything is good. Helping my team with assists and glad I scored today.

‘For a striker it’s worse when you can’t get in the right situations and have the chances.

‘I’ve had a lot of chances which I’ve missed, my team brought me a lot of situations where I could score today, when I keep going the goals will come like today and the assists as well.’

7 months ago
Manchester United manager Ole Gunnar Solskjaer has ruled Donny van de Beek and Edinson Cavani out of their Europa League game with Real Sociedad. The Red Devils’ Premier League form has dropped, winning one of their last five matches and that has seen them slip seven points behind league leaders […] 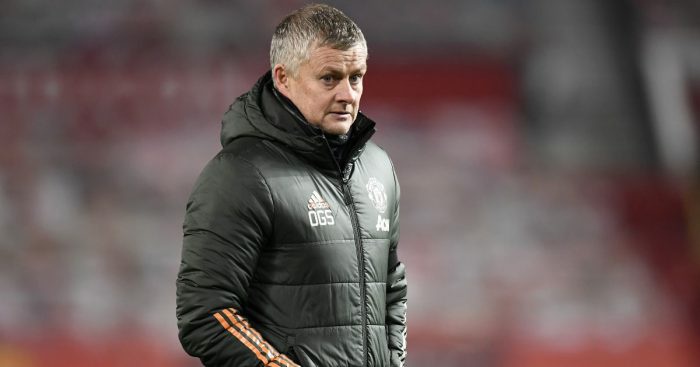