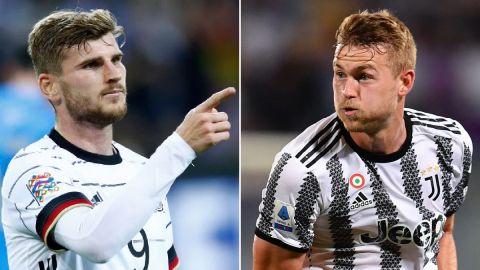 Chelsea are ready to tempt Juventus into selling their defender Matthijs de Ligt by offering Timo Werner as part of the deal.

The Blues are expected to ramp up their transfer activity in the coming weeks after key discussions between new owner Todd Boehly and manager Thomas Tuchel.


After the departures of Antonio Rudiger and Andreas Christensen, strengthening in central defence represents a major priority for Tuchel.

Chelsea have held long-term interest in Sevilla centre-back Jules Kounde and came within a whisker of signing the Frenchman last summer.


The Blues failed to agree a fee with the club, however, and although they continue to monitor his situation, Kounde has slipped down Tuchel’s wishlist with Barca now appearing to be the centre-half’s most likely destination.

Chelsea, instead, are now focusing their attention on a possible deal for De Ligt who is said to have told Juventus he wants to leave this summer after three years in Turin.

The 22-year-old snubbed a move to the Premier League when he left Ajax in 2019 when Manchester United were keen to sign him, but now believes England would be suited to his robust and physical style of defending.

According to Sky Italy, the London club are willing to pay €45m and will throw in Wener as part of the deal.


The German forward has largely flattered to deceive since his move from RB Leipzig and has struggled to nail down a regular starting place under both Tuchel and Frank Lampard.

Werner is reported to be keen on a move to Juventus but he may need to lower his wage demands to facilitate a transfer move.

Chelsea are expected to sign at least one new attacker this summer with Romelu Lukaku set to rejoin Inter Milan and Hakim Ziyech interesting AC Milan.

8 months ago
Ajax manager Alfred Schreuder has taken a swipe at Erik ten Hag for trying to sign his players and gave an update on the futures of Manchester United targets Antony and Jurrien Timber. Ten Hag wants to bring Brazilian winger Antony and Dutch defender Timber to Old Trafford this summer. […] 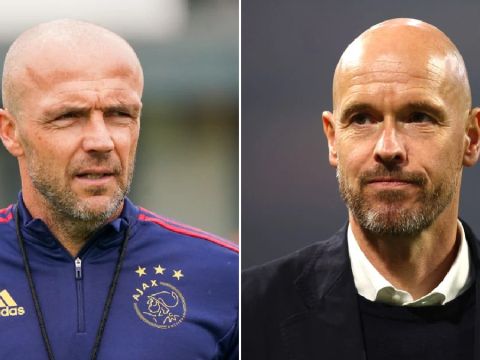