Zinedine Zidane has fuelled speculation that he could be in line to replace Jose Mourinho at Manchester United by revealing that he plans to return to management “soon”.

The Frenchman has been out of coaching since leaving Real Madrid at the end of the 2017-18 season.

Zidane walked away from that post on the back of an historic third consecutive Champions League win, with La Liga title glory also savoured at the Santiago Bernabeu.


He left Madrid claiming that the club needed “something different” to keep them competitive at the highest level.

He has enjoyed a break from the stresses of coaching, but the 46-year-old is now eager to get back into the coaching again.

Zidane told TVE: “Certainly I’ll be coaching again soon because it’s what I like doing and what I’ve done all my life.”

It has been suggested that the former France international’s next job could be in the Premier League as he is being heavily linked with a move to Old Trafford amid Manchester United’s early struggles this season.

Jose Mourinho has claimed that it will cost United too much to sack him, with the Portuguese having signed a new contract in January.


He is, however, under pressure to deliver results after overseeing a poor start to the new campaign.

If he is unable to turn things around, then United will be left with little choice but to change things and Zidane would likely be among those that will be considered if he remains without a job.

A spell with Real Madrid is the only top-level experience that he has, but he proved himself capable at the Santiago Bernabeu and is well respected in the game.

Mon Sep 10 , 2018
Peter Crouch has made public a revealing anecdote about how a naked Cristiano Ronaldo used to boast he was better looking than Lionel Messi in front of Manchester United’s dressing room. In the Stoke City striker’s new book, Crouch explains stories told to him by Rio Ferdinand, a team mate […] 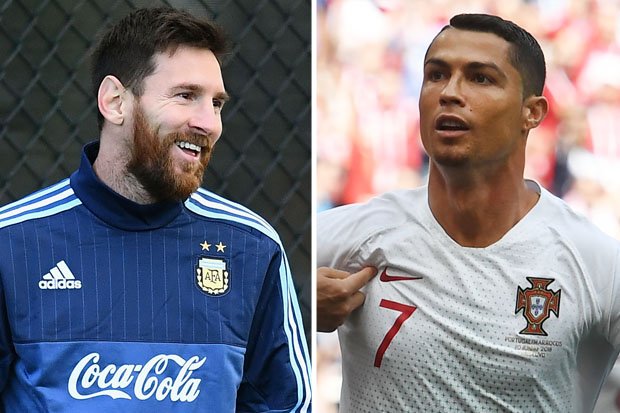