Arsenal are reportedly preparing to announce the signing of goalkeeper Bernd Leno in the coming days.

The Bayer Leverkusen has been linked with a move away from Bundesliga this summer, with Liverpool and Napoli seen as potential suitors.

A move to Napoli did seem to be all but sealed after Leverkusen admitted the stopper had an agreement with the team.


However, SportBild claim Arsenal have won the race for the German and expect Leno to take over from Petr Cech.

Leno will cost £20m and Arsenal are close to coming to an agreement with the player and Leverkusen.

Cech has just one year left on his current Arsenal contract and Unai Emery is expected to ease the Czech international out of the club in the next 12 months.

Unai Emery arrived at Arsenal after Arsene Wenger ended his 22-year reign at the club and is targeting several key changes to his squad.


A new goalkeeper is a top priority and Arsenal supporters will be happy to see one of Germany’s most promising goalkeepers sign for them.

Leno has made 304 appearances for Leverkusen, captaining the team at times last season, and has managed 100 clean sheets for the team.

Arsenal are believed to have met the release clause in his contract and expect the deal to now move very fast.

Sampdoria midfielder Lucas Torreira is also thought to be closing in on a transfer to Arsenal.


The Gunners have reportedly agreed a fee with Sampdoria and are believed to have beaten Napoli to his signature.

Wed Jun 13 , 2018
Spain manager Julen Lopetegui has been sacked just two days before their opening World Cup 2018 game against Portugal. It was announced yesterday that the 51-year-old will be taking over from Zinedine Zidane as Real Madrid boss after the World Cup. The former Porto manager signed a three-year deal with […] 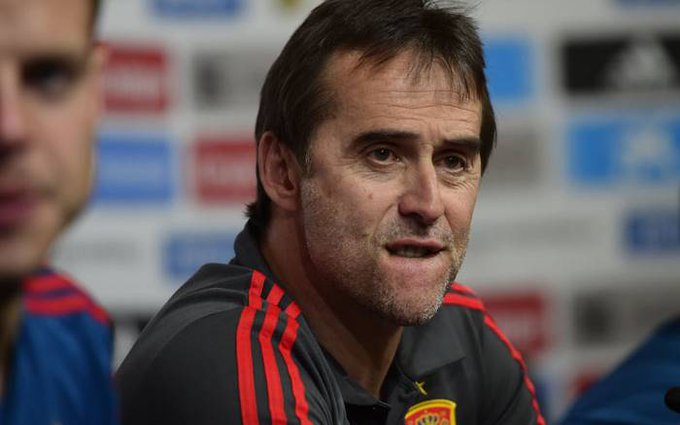