Bernd Leno admits his frustration at the lack of playing opportunities since his summer transfer from Bayer Leverkusen.

Unai Emery sanctioned a £19million deal for the Germany international but the 26-year-old has been forced to play behind Petr Cech in the pecking order who has started all five of Arsenal ’s Premier League matches so far this season.


Leno made his debut in last night’s 4-2 win over Vorskla Poltava in the Europa League, but will almost likely return to the bench for Sunday’s game against Everton.

‘I came to the club to play every game,’ he said. ‘But I think to move to a bigger club, another country, it needs maybe a little bit of time. It is a bit frustrating but I keep calm and work very hard to improve.

‘The coach always makes the starting XI because of the performance.

‘I think it could change, not every week, but he will change a lot. He didn’t say the League is Petr’s competition and the Europa League is mine. I will work every day hard to play more games.

‘I think the two goals at the end, we were not concentrated enough, but at the end of the day we played a good game.’

Sat Sep 22 , 2018
Virgil Van Dijk was unable to continue the game and had to be subbed off four minutes later, with Joe Gomez coming on to replace him. However, Liverpool head coach Jurgen Klopp expressed his confidence that the injury is unlikely to keep the influential defender on the sidelines for long. […] 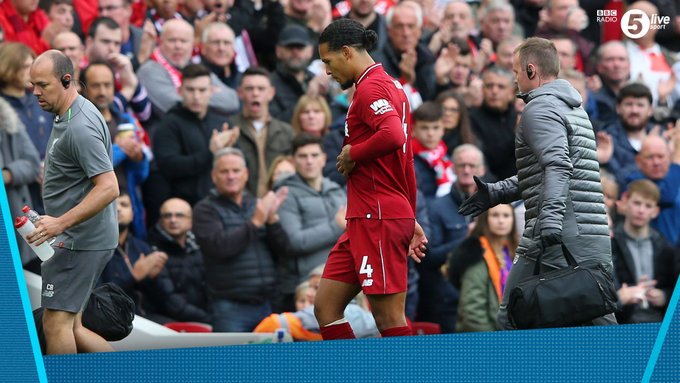