Petr Cech’s agent insists the goalkeeper is focused on staying at the Emirates and claims Chelsea have not tabled any offer.

The 36-year-old is about to enter his fourth year with Arsenal but faces the possibility of being Unai Emery’s back-up goalie after the arrival of Bernd Leno from Bayer Leverkusen.

Petr Cech was signed from Chelsea for £10m three years ago and reports emerged this week that he could be heading back to Stamford Bridge this summer.


Chelsea are considering selling Thibaut Courtois to Madrid as the Belgium international has just a year remaining on his contract and is yet to put to paper on a new deal.

Cech has been linked as a replacement for Thibaut Courtois, but his agent Viktor Kolar says there is no offer.

‘It is always busy during every transfer window around Petr Cech, as a great Premier League person,’ Kolar told ESPN.


‘However, he maximally focuses on the new season at Arsenal, no specific offer is available.’

Pep Guardiola: Signing Jorginho would have been a mistake

Sat Jul 21 , 2018
Manchester City boss Pep Guardiola has given Jorginho’s move to Chelsea his blessing, claiming it would have been a ‘mistake’ had the midfielder signed for his club. Jorginho, 26, was widely expected to move to the Etihad Stadium this summer having agreed personal terms with the current Premier League champions. […] 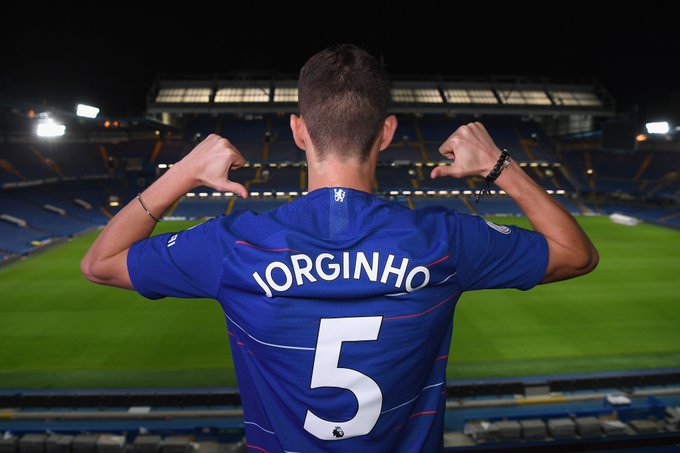