Virgil Van Dijk was unable to continue the game and had to be subbed off four minutes later, with Joe Gomez coming on to replace him.

However, Liverpool head coach Jurgen Klopp expressed his confidence that the injury is unlikely to keep the influential defender on the sidelines for long.

“He already had a bruise in the ribs before the PSG game, which is very uncomfortable and today he got another hit there,” said Klopp.


“It’s not cool but should not be too serious.
“He said he couldn’t shout anymore, so that’s obviously 60 per cent less of his level!

“It should be absolutely OK, hopefully. I didn’t hear anything different.”

Van Dijk was later seen on the bench in the second half rather than receiving treatment in the dressing room.

Liverpool went on to win the match 3-0, with the club setting a record for their best start to a campaign in club history.

Liverpool will play Chelsea twice in four days next week – Wednesday in a Carabao Cup game and then Saturday in the Premier League.


The following week Liverpool will travel to Italy to face Napoli in the Champions League before hosting Manchester City in a huge Premier League clash.

It is expected that Van Dijk will be available for the Premier League game with Chelsea, but he will sit out the League Cup match.

Sat Sep 22 , 2018
Jose Mourinho has put the blame for Manchester United’s failure to defeat Wolves at the hands of his attacking players. Fred had fired the home side in front early in the first half, but United were able to get a second and newly promoted Wolves earned a fully deserved point […] 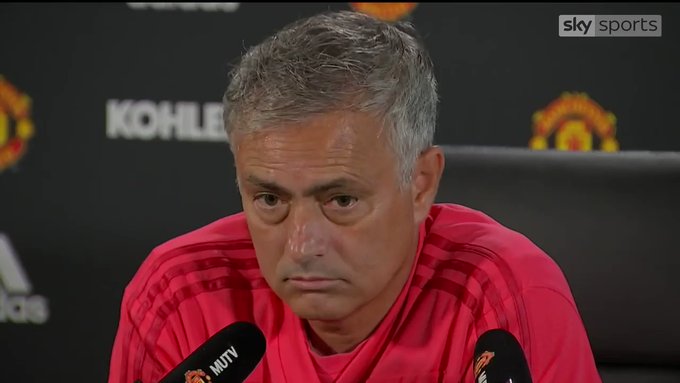