Manchester United caretaker manager Ole Gunnar Solskjaer has challenged Romelu Lukaku and Alexis Sanchez to step up in the remainder of the season.

The pair are yet to play under the Norwegian but will train with the first team today as United prepare to play Bournemouth in their final game of 2018.


Lukaku has missed the last two matches after being granted compassionate leave, while Sanchez has spent the last month out with a hamstring injury.

Sanchez has just three league goals since joining United and Solskjaer says there’s only so much he can do to get the pair firing again.

‘I cannot do anything for their performances on the pitch, Paul has done it, my chats with Anthony, Rom, Alexis, I’m here to give them on the path and it’s up to them to do it on the pitch,’ said Solskjaer.

‘I don’t agree that I’ve done that with Paul. It’s up to them when they get a chance that’s the name of the game as a footballer, you’ve got to do it yourself, I gave some guidelines of course on expression, freedom of expression but that’s how I’ve always been as a manager you can’t tell what the players to do in this position.


‘They are here for a reason it’s up to them to use their imagination and creativity just enjoy playing for this club, that’s the best time of your life, but it’s not a bad time to be manager for a while.’

United’s new approach is likely to appeal to Sanchez and Lukaku but Solskjaer says it’s hard to fit all his attacking players in.

‘I cannot tell you,’ said Solskjaer, when asked about the pair’s struggles.


‘I’ve just been looking at the team, so many good players and when you get these confident looking forward to games we have a confident squad, it is we back then, it’s part of me.

‘But it’s a different thing when you’re fan on the outside, it’s very easy to see he should be playing, suddenly you end up with six forwards, six centre backs, my thing now is how Romelu, Alexis, Anthony, Jesse, Marcus, Juan, six forwards, will you play with more than four at a time? I’m not sure? The rotation and communication between players is important.’

Fri Dec 28 , 2018
Juventus head coach Massimiliano Allegri is keen on joining Manchester United and has let it be known he’s ready to move to England. The Italian was keen on replacing Arsene Wenger last summer but Arsenal opted to sign Unai Emery. Allegri has won four consecutive Serie A titles with Juventus […] 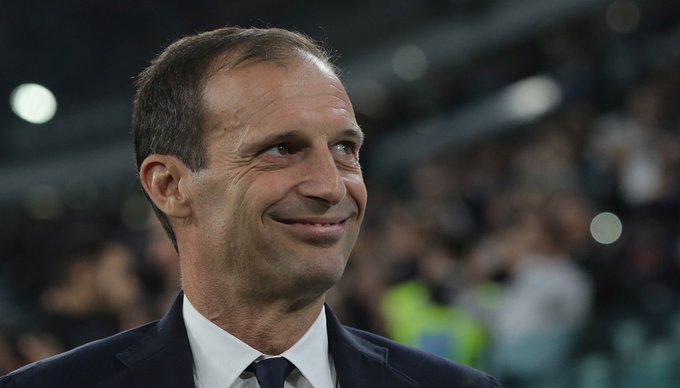