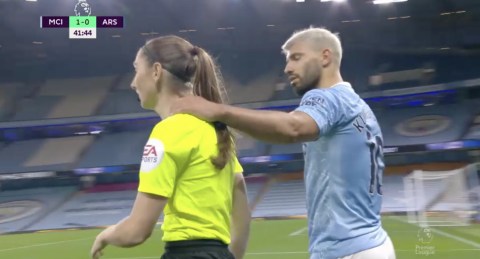 The incident occurred during the first half of the game at the Etihad after a throw-in was awarded to the gunners inside their own half.


Aguero believes the decision should have gone Man City’s way and briefly spoke with Massey-Ellis. The striker argued close to Massey-Ellis’ face and even grabbed the top of her shoulder before she brushed the player’s hand away.

Aguero was not given a yellow card for his actions and the Argentine was substituted in the second half. Meanwhile, City took the lead through Raheem Sterling’s goal.

The Premier League have already said that it plans to punish players who disrespect officials during games.

‘The Professional Game Match Officials (PGMO) will take a stronger position and action towards unacceptable participant conduct,’ a statement from the Premier League reads.


‘This will focus on behaviour towards match officials, with the aim of reducing disrespectful conduct such as aggressively challenging decisions or running from distance to confront an official.’

When asked about the incident after the win over Arsenal, Manchester City manager Pep Guardiola said: ‘Hey come on, guys. Come on guys. Sergio is the nicest person I ever met in my life.


‘We can look at the problems in other situations but not in this one. Come on.’

3 months ago
Frank Lampard says he will continue to support Kepa Arrizabalaga after his latest error in Chelsea’s draw with Southampton, while he expects Edouard Mendy to return in the next two weeks. The blues went two goals ahead on Saturday thanks to a Timo Werner brace but were pegged back twice […] 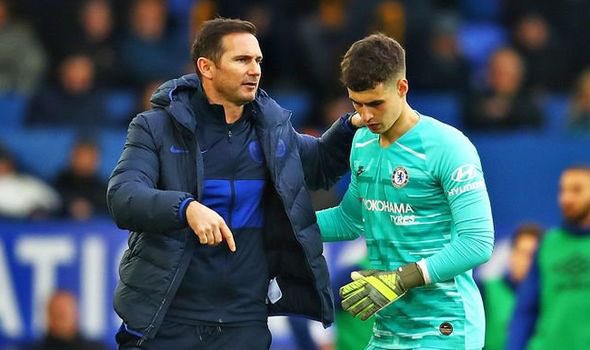