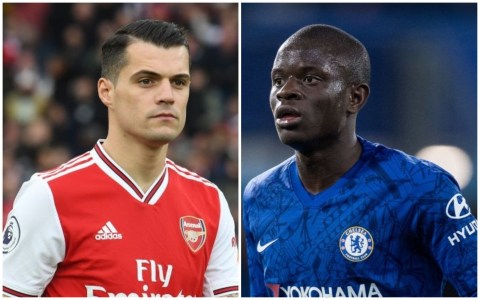 Arsenal’s former transfer negotiator has revealed that the club passed up the opportunity to sign Chelsea midfielder N’Golo Kante ahead of the blues because of the high agents’ fees involved in the deal.

Kante was linked with several teams in the summer of 2016 having played an important role in Leicester City’s Premier League title success that campaign.


Arsenal were one of the teams in the running to sign Kante but the Frenchman ended up moving to Stamford Bridge in a £32 million deal.

Earlier that summer, Arsene Wenger had improved his midfield options with the signing of Granit Xhaka from Bundesliga for £35m.


But Wenger was unable to strengthen further with the arrival of N’Golo Kante due to the rising cost of the deal.

It was also revealed by Football Leaks that Chelsea director Maria Granovskaia even warned Roman Abramovich about the high fees involved in the deal for the two agents.

Speaking to The Athletic, Arsenal’s former transfer negotiator Dick Law spoke about the Gunners’ possible deal for Kante: ‘When things reached an extreme, we tended to back away.’

Law also revealed how Jamie Vardy turned down Arsenal after the club had agreed a transfer fee and a contract.

‘The deal with Leicester was done, the deal with the player was done,’ said Law. ‘He came down to visit with his wife Rebekah, he sat on the couch in front of Arsene… and then he backed off.

‘On his way back to Leicester I get a call from the player saying he wants to think about it overnight. At that point, you know it’s bad news.’

Manuel Neuer hits out at Bayern after contract talks leaked

5 months ago
Manuel Neuer has slammed Bayern Munich after details of his contract talsk with the club were leaked to the media. The 34-year-old has been a mainstay in the Bayern goal for almost a decade, helping the Bundesliga giants lift 18 trophies since signing from Schalke in 2011. He will enter the last year of his current […] 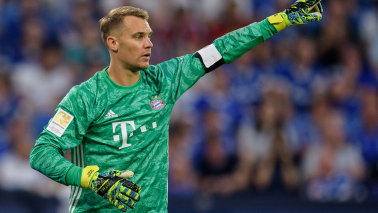