Arsenal’s imminent signing Sokratis Papastathopoulos rejected the opportunity to join Manchester United, according to his father.

The Gunners are set to announce the first signing of Unai Emery’s tenure after the Greek defender successfully completed his medical in London on Monday.


Sokratis was about to enter the last year of his contract with Borussia Dortmund, which has enabled Arsenal to sign the 29-year-old for a mere €20 million (£17.5m).

Manchester United were also interested in a move for Sokratis, and reports in Germany even claimed that Jose Mourinho personally contacted the defender to discuss a move to the club.

But Sokratis’ father, Charalambos Papastathopoulos, has revealed that his son did not want to wait for United and instead opted to join Arsenal.

‘There was interest from United but for July, he had to wait until July for United,’ he told Greek radio station Radio 24/7 88.6.


‘United have a very good relationship with Dortmund, the teams speak a lot, but Sokratis chose to go to Arsenal.’

Sokratis’ father also confirmed that the defender will sign a three-year contract with Arsenal, which will have an option for a fourth season.

Tue Jun 5 , 2018
Yaya Toure has accused Pep Guardiola of mistreating African players and says the Manchester City boss ‘spoiled’ his last season at the Etihad Stadium. The 35-year-old is due to officially leave City at the end this month June once his contract expires and played only 17 games in his last […] 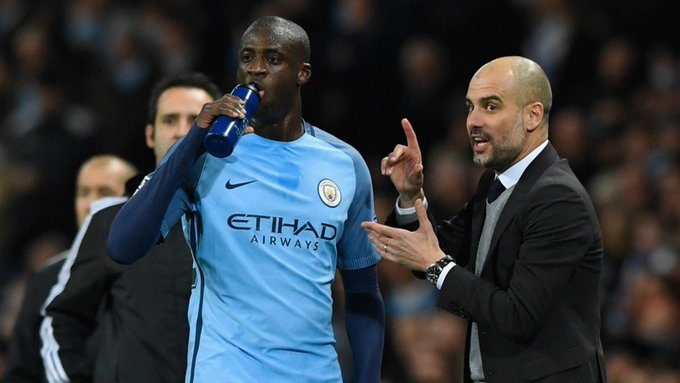