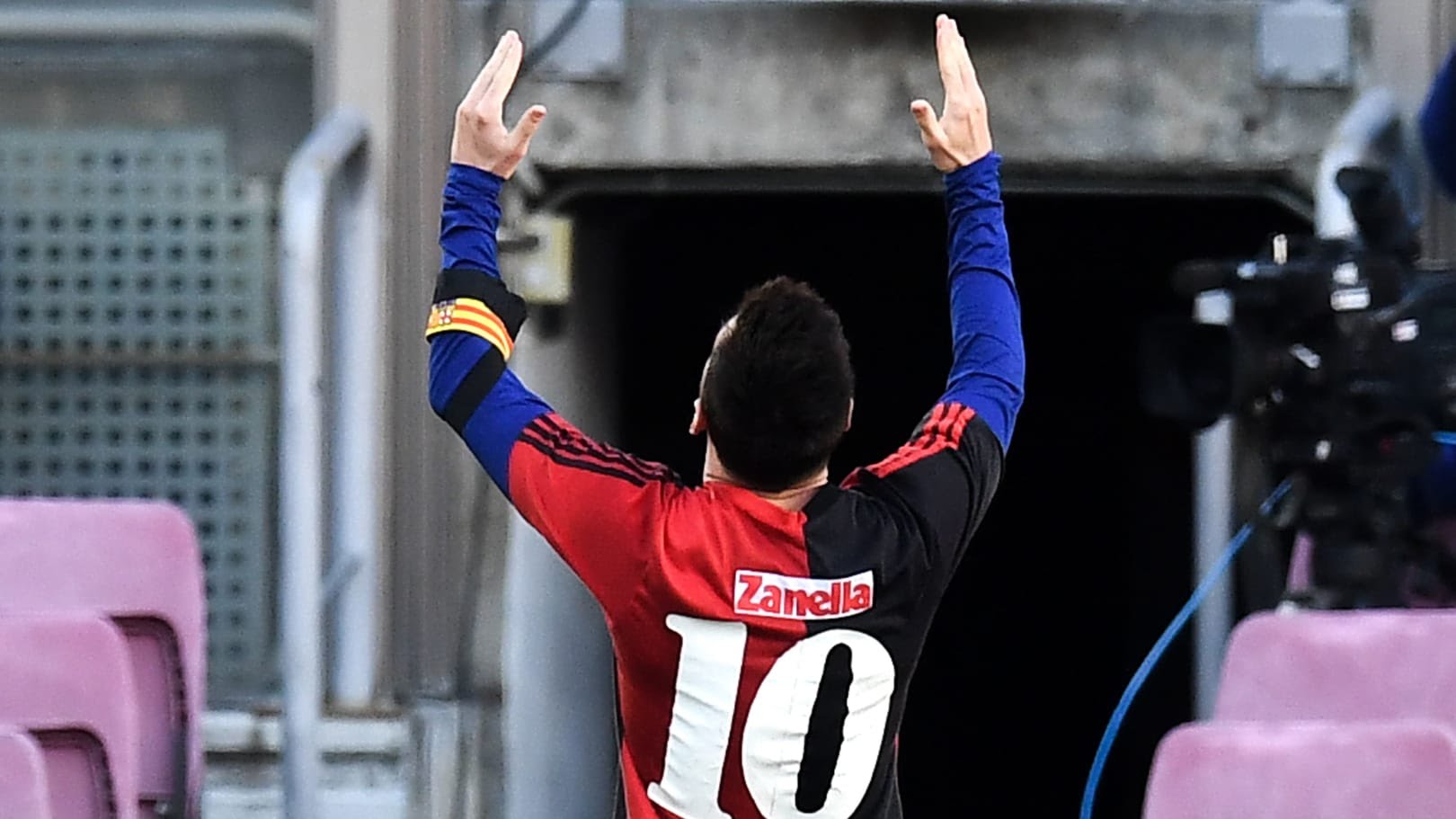 Barcelona will have to pay a fine of €3,000 fine, after Lionel Messi paid tribute to Diego Maradona, by celebrating in a Newell’s Old Boys jersey on Sunday, according to reports.

Messi celebrated his goal in Barca’s 4-0 win Osasuna, by taking off the Spanish club’s blue-and-burgundy strip to reveal the red-and-black of Newell’s.


Diego Maradona, who passed away last week at the age of 60, played for Newell’s Old boys at the end of his career.

Messi also wore the same jersey at the beginning of his career, making it a fitting tribute.

But the tribute was against the rules of the Royal Spanish Football Federation, who are now set to fine Barcelona for Messi’s celebration.

After the match, Messi posted a photo of his tribute alongside an older image of Maradona in the same jersey, adding a message “Farewell, Diego” in Spanish.


The Barcelona superstar penned a heartfelt message on social media after Maradona’s passing. He wrote: “A very sad day for all Argentines and for football. He leaves us but does not leave, because Diego is eternal.

“I keep all the beautiful moments I lived with him and I wanted to take the opportunity to send my condolences to all his family and friends. RIP.”

Mon Nov 30 , 2020
Thiago Alcantara is still a few weeks away from a return to action after the knee injury he sustained in the Merseyside derby in October, says Jurgen Klopp. Thiago has not played since he was caught by a poor challenge from Richarlison in the 2-2 draw at Goodison Park – […] 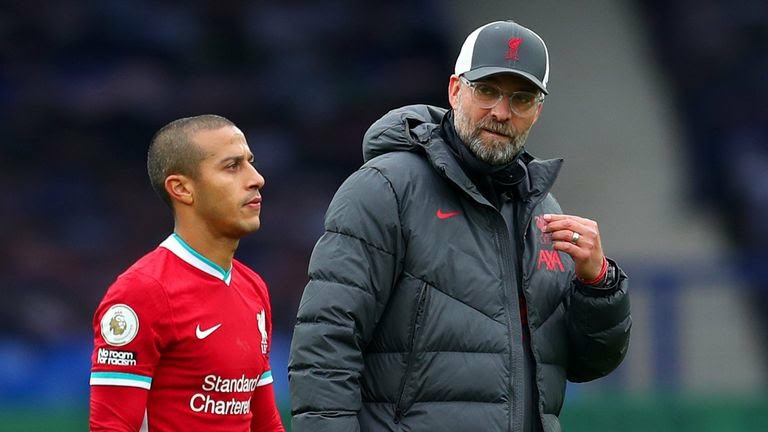