Real Madrid midfielder Isco will miss his side’s La Liga game against Sevilla due to appendicitis.

The Blancos confirmed on Tuesday that the Spain international will undergo an operation due to the problem.

This means that Isco will be absent when Real travel to play Sevilla at the Ramon Sanchez Pizjuan on Wednesday.


Real have failed to win any of their last four games away to Sevilla in all competitions, losing three of those matches, and the loss of Isco is a big blow in their attempts to turn it over.

A statement on Real’s website read: “After the tests performed on our player Isco, he was diagnosed with acute appendicitis.

“The player will be operated on in the next hours.”

Madrid manager Julen Lopetegui did not give a date for the Spaniard’s return, but it seems unlikely he will be fit for the derby against Atletico on Saturday.


“We’ve got a good squad and somebody else will have to play. I have total confidence in the rest of my players.

“I have not been able to talk to him. He’s about to go into surgery. I hope he can quickly get back into shape.”

Another player that could miss the clash against Atletico is Dani Carvajal, as he did not train with his Madrid team-mates on Tuesday.

“We’ll see (if Carvajal will miss El Derbi). He had an overload and has not improved as we expected,” said Lopetegui, who confirmed he will miss the game against Sevilla.

“We have to wait. He will not play against Sevilla. It’s an injury you have to look at day by day.


“Injuries will happen. In this case it’s been unfortunate, but they are n face them with a level head and with confidence in the player who comes in.”

Real Madrid have made a good start to the new Liga campaign, winning four and drawing one of their opening five matches.

However, Sevilla are seventh in the table and will head into their clash with Real on the back of a 6-2 win over Levante.

Mourinho confirms Pogba has been removed as United's captain

Tue Sep 25 , 2018
Jose Mourinho has made it known to Paul Pogba that he will never captain Manchester United again, further straining the relationship between the both. Pogba laid on an assist for Fred’s opener in the 1-1 draw against Wolves on Saturday but was later dispossessed by Ruben Neves in the build-up […] 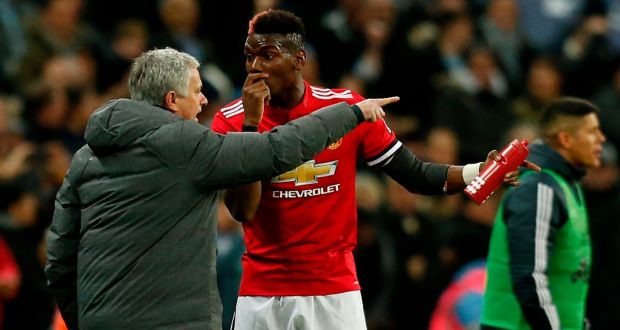