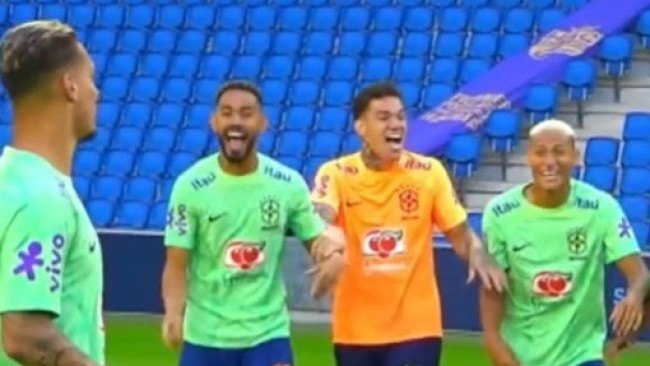 Manchester United winger Antony had his Brazil teammates in stitches after his failed attempt at a tricky 30-metre touch challenge.

The United’s £85million summer signing is currently with Brazil’s national team as they prepare for the start of their World Cup campaign.


Ahead of the tournament, Brazilian TV station Globo set up a challenge with the team where they had to control a ball which was dropped by a drone 30 metres in the air.

Real Madrid trio Rodrygo, Vinicius Jr and Eder Militao all managed to get contact with the ball but failed to get it under control.

Out of all the players, only Richarlison (30 meters) and Neymar Jr (35 meters) were able to complete this touch. pic.twitter.com/LInbS0tKKG

Barcelona winger Raphinha, Manchester City goalkeeper Ederson and Flamengo striker Pedro were also able to get a touch but they could not control the ball.

Antony stepped up for his attempt but the Brazil squad burst out laughing as the United star appeared to lose track of the ball and missed it by up to a metre.


As you’d expect, Neymar passed the challenge as he managed to get the ball under control with a sublime first touch.

Richarlison needed two attempts but on his second effort the Tottenham star also managed to control the ball – a feat greeted with cheers from his Brazil teammates.


Brazil start their World Cup campaign against Serbia on November 24, while they also play Switzerland and Cameroon in Group G.

Ronaldo involved in altercation with Joao Cancelo in Portugal training

2 weeks ago
Manchester United’s Cristiano Ronaldo was involved in a strange altercation with Joao Cancelo in Portugal’s training session on Tuesday. Ronaldo angered United this week after revealing in an interview with Piers Morgan that he has no respect for Erik ten Hag and accusing the Glazers of not caring about the […] 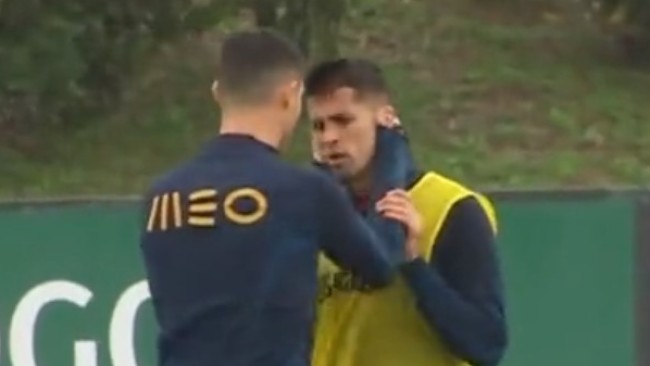