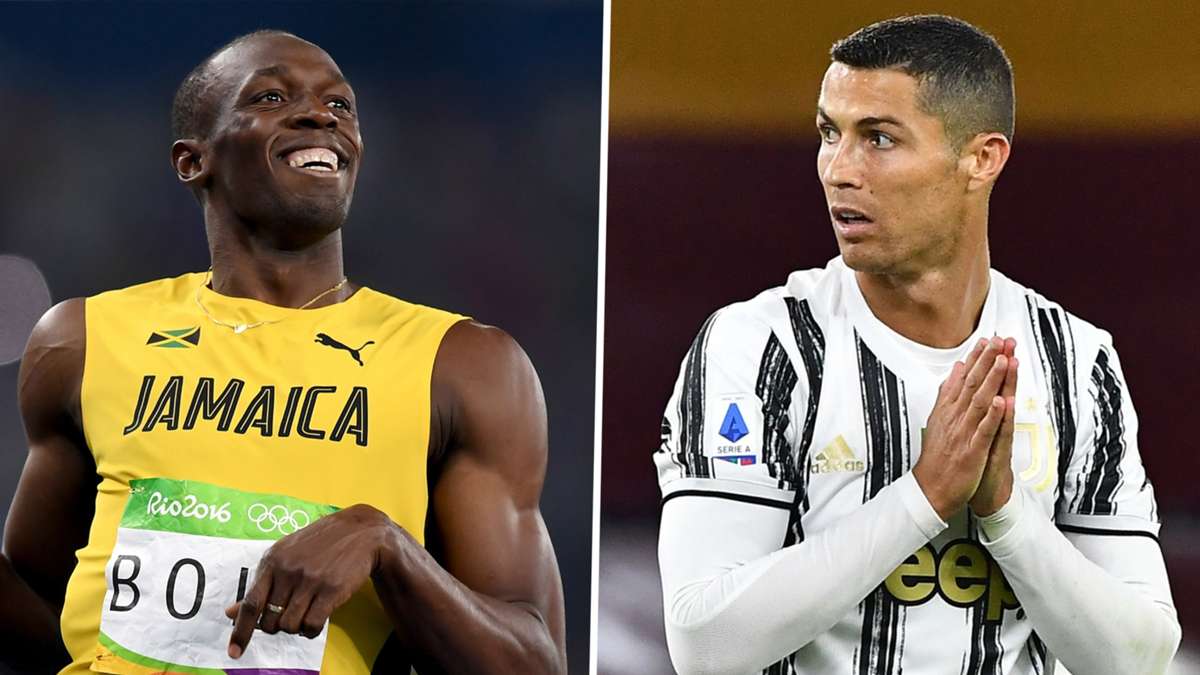 Usain Bolt believes Cristiano Ronaldo is “definitely” faster than him, and has hailed the Juventus superstar as a “super athlete”.


But Bolt feels Ronaldo is now faster because he is still delivering the goods week in, week out at the highest level.

“For sure Cristiano [is faster than me],” Manchester United fan Bolt, who also tried to forge a career in football post-athletics following trials with the likes of Borussia Dortmund and A-League side Central Coast Mariners, told Marca Sport Weekend .

“For me he works out every day, he is a super athlete. “He’s always on top of his game, he works hard and he is focussed. Right now I definitely think he would be faster than me.”

Ronaldo has already scored six goals in four Serie A games for Juventus this campaign, while the 35-year-old netted in Portugal’s 7-0 friendly victory over Andorra on Wednesday.


Ronaldo left Manchester United for Real Madrid for a then-world record fee in 2009, having scored an incredible 118 goals for the club in all competitions.

In Spain, Ronaldo became Real Madrid’s all-time leading goalscorer with 450 – 311 of those coming in the Spanish league.


Ronaldo has already scored 71 goals and two Serie A trophies to his name with Juve, but speculation that he could leave for Paris Saint-Germain or Manchester United next year has been swirling recently.

Arsenal legend explains why they need a player like Mason Mount

6 months ago
Arsenal need a midfielder who can do the job of Chelsea star Mason Mount, says the gunners legend Lee Dixon. Arsenal are struggling for consistency this campaign, with a dreadful display in their last Premier League game as they were beaten 3-0 at home by Aston Villa. And that was […]