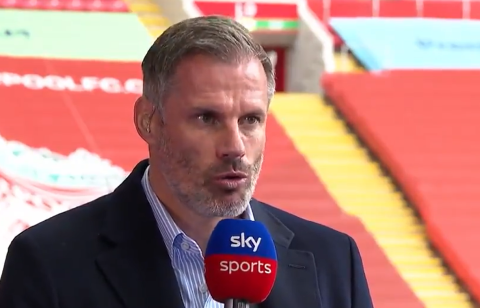 Jamie Carragher has questioned Chelsea’s transfer policy after seeing their first half disappointing display in defence against Liverpool.

The Reds went into a three-goal lead at Anfield as Naby Keita and Gini Wijnaldum benefited from poor Chelsea defending, while Trent Alexander-Arnold also got a goal, scoring a superb free-kick.


Chelsea have already signed Hakim Ziyech and Timo Werner, while they are also close to the signing of Bayer Leverkusen attacking midfielder Kai Havertz.

But Carragher believes those additions will not take Frank Lampard that far if they persist with error prone keeper Kepa Arrizabalaga and fail to add a commanding centre-back the summer window opens.

He told Sky Sports: ‘Chelsea won’t go no further unless they change their goalkeeper. Going back to how important goalkeepers are I look at this Chelsea team and there’s a lot I like about it, it does remind me in a lot of ways the position Jurgen Klopp was in a couple of years ago.

‘He’s done as much as he can, yes Frank’s still in his early stages but those big signings can completely transform you as a team.


‘I still think Chelsea need a defender, you see how many goals they’ve conceded. I think a lot of that is down to the goalkeeper being totally honest.

‘You see a lot of centre halves at Chelsea without seeing one really outstanding one, those are the areas that if they are going to challenge Liverpool and Man City they’ll have to rectify in the summer.


‘They are the worst team in the league defending corners. This is a massive problem for Chelsea. Yes Werner is coming in and the lad from Ajax, there is talk of Havertz as well.

‘It sounds great and it gets supporters excited but it means nothing if you don’t sort out that back three and certainly that goalkeeper.’

2 months ago
Chelsea manager Frank Lampard has fired warning to Liverpool not to get arrogant over their Premier League title win after being involved in a row with Jurgen Klopp and his coaches. Lampard was furious with the decision to give the Reds a first-half free-kick – which Trent Alexander-Arnold converted from […] 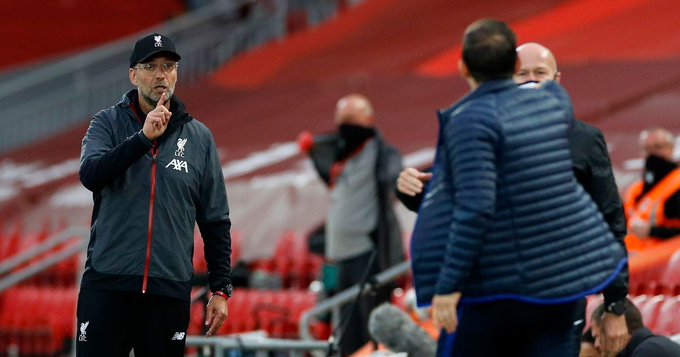