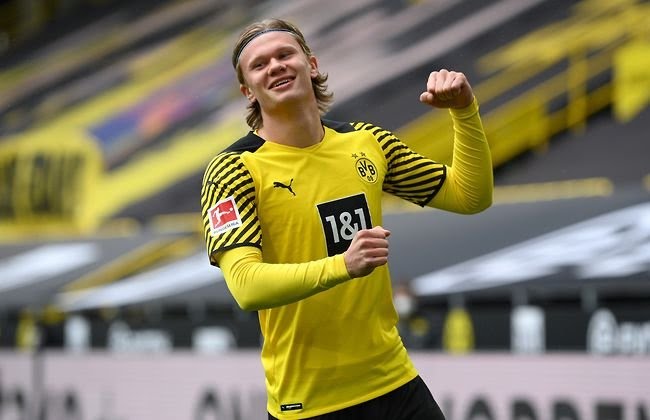 The Norwegian star is one of the most in-demand footballers in the world and he has been linked with a move to Chelsea, amid interest from Barcelona, Man United and Real Madrid.


And now, Ian McGarry claims that personal terms have been agreed, although he also says that negotiations between the two clubs over the transfer fee are still ongoing, which could be a sticking point.

Speaking on The Transfer Window Podcast, McGarry said: “Personal terms for Haaland are signed off, its just a case of Chelsea agreeing a fee with Dortmund.”

Haaland reportedly has a release clause of £64.8m, but it doesn’t come into effect until the summer of 2022, which means any interested team may have to pay a premium if they are to prise him away from the club.

According to transfer expert Fabrizio Romano, Thomas Tuchel will have to break Chelsea’s record transfer fee to sign the Norway international.


Chelsea signed Kai Havertz from Bayer Leverkusen last year in a deal worth £70m plus add-ons with his price tag coming close to topping the fee they paid to sign Kepa Arrizabalaga.

And if Tuchel wants to sign Haaland, Romano revealed that the London club will have to spend upwards of £129m for his services.


The journalist said: “There are rumours coming from Jan Aage Fjortoft. He is always correct when he talks on these kind of players and it’s 100% true that Chelsea are interested in Erling Haaland. Confirmed and true.

“Dortmund’s position is that the player is not leaving this summer. If they sell Sancho, they see it as really complicated to sell Haaland. Borussia Dortmund have no intention to negotiate.

With Haaland leading the line, the blues would finally have the outstanding goalscorer they have long been searching for to replace Diego Costa – someone who can find the back of the net on a regular basis.

“But still everybody needs to accept, and I will fully accept, that he is a Borussia Dortmund player. A very promising player of course, but with respect to the situation he’s not in our squad, he’s not in our club so there’s no comment on anything else regarding him.”

Wed Jun 16 , 2021
Manchester United midfielder Donny van de Beek has been offered to Barcelona with the player said to be eager to make the move to the Camp Nou. The Dutchman signed for United in a deal worth £35m last summer but endured a tough first campaign in the Premier League. Van de Beek was […] 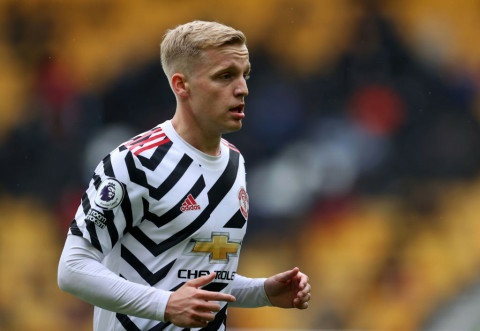