Chelsea say they are astonished that the two-window transfer ban will not be delayed while their appeal is heard.

FIFA’s Disciplinary Committee sanctioned Chelsea in relation to 29 cases where the Premier League club were found to have breached regulations in relation to the international transfer and registration of players under the age of 18.


Chelsea immediately said they “categorically refute” FIFA’s claims and said they would appeal against it.

“We can confirm that the chairman of the FIFA Appeal Committee has rejected the application for provisional measures filed by Chelsea in relation to the decision of the FIFA Disciplinary Committee,” a spokesperson told Omnisport in a statement on Friday.

Barcelona were given a similar transfer ban in 2014 but the club made an appeal that pushed the punishment into the following campaign.


But unless FIFA comes to a verdict on Chelsea’s appeal before the beginning of the 2019-20 campaign, the club will be unable to register any new signings in the next window.

Chelsea could also take the case to the Court of Arbitration for Sport as they plan to use that option after being left “astonished” by the stance from FIFA.

A statement released on the club’s official website read: “Chelsea Football Club is astonished by the FIFA Appeal Committee’s decision not to suspend its sanction pending completion of the appeal process.

“The club acted in accordance with the relevant regulations and has already notified FIFA of its intention to appeal against the Disciplinary Committee’s decision and sanction. As a matter of procedural fairness and equality of treatment, and Swiss law, the Club’s right to an appeal process must be afforded, before any irremediable sanction takes effect.


“So far as the Club is aware, in all previous cases where a registration ban has been imposed by FIFA, a decision has also been made to suspend the sanction until the appeal process has been completed. In this case, Chelsea considers that it is being treated inconsistently in comparison with other European clubs.

“We will consider our next steps once we have received the written reasons for this decision from FIFA. The Club notes the Appeal Committee’s statement that it has the right to appeal to CAS. In the meantime the Club will continue to fully cooperate with the proceedings.”

Sat Mar 9 , 2019
Former Barca head coach Luis Enrique has revealed there was tension between himself and Lionel Messi during his time in charge of the club. Now in charge of Spain, Luis Enrique was at the helm of the Catalan club when Messi starred in their outstanding treble triumph in 2014-15. Towards […] 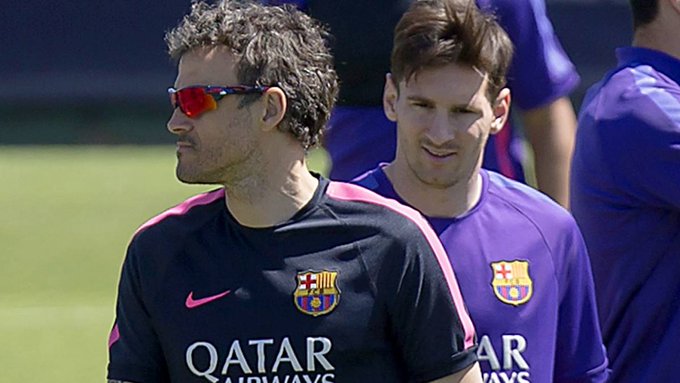