Former Barca head coach Luis Enrique has revealed there was tension between himself and Lionel Messi during his time in charge of the club.

Now in charge of Spain, Luis Enrique was at the helm of the Catalan club when Messi starred in their outstanding treble triumph in 2014-15.


Towards the end of that season , there were constant stories in the Spanish media hinting at a rift between the manager and his star player.

The former Barca boss has rarely gone on record about his relationship with Lionel Messi but has now opened up about it.

“Until the issue was resolved there was a period of tension,” Luis Enrique told Catalunya Radio.

“Which I was not looking for in any way, but which happened and needed to be managed.


“But today I can only say good things about Leo Messi.”

Luis Enrique left Barca after three seasons, spending the next year on sabbatical, but confirmed he made he decided to leave Camp Nou several months before an announcement was made.

“At the beginning of the third season I had already asked the club to start looking for a replacement,” he added. “In a selfish way, I didn’t have any more energy to give.


“But if I’m being honest, I think that players sometimes need a new face who will tell them things differently. I think there comes a time when the message you send, if there is a message, expires. And you need to send a message.”

Barcelona are on track to win the treble again, with Ernesto Valverde’s team through to the final of the Copa del Rey, in the last 16 of the Champions League and seven points clear at the top of the league.

Klopp fires warning to Guardiola - "Nobody gets rid of us"

Sun Mar 10 , 2019
Jurgen Klopp fired warning to Manchester City “nobody gets rid of us” after Liverpool beat Burnley 4-2 to maintain their Premier League title challenge. Roberto Firmino and Sadio Mane both scored twice to secure the win at Anfield. The victory sees Liverpool close the gap on Premier League leaders Manchester […] 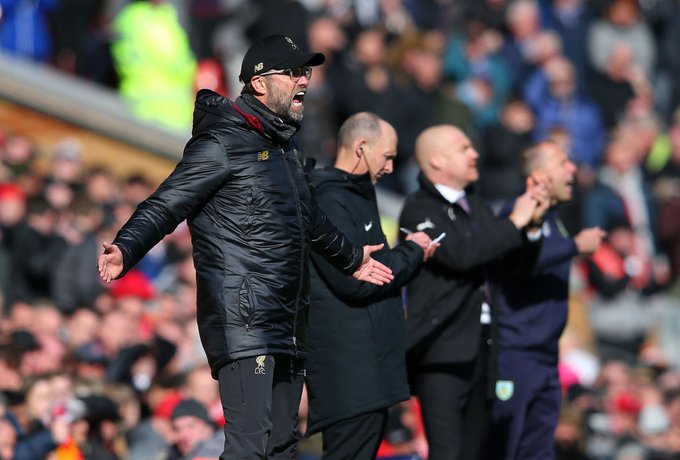