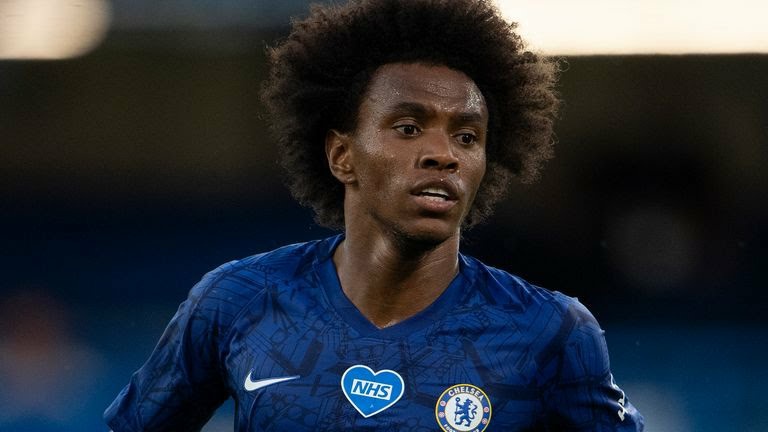 Willian could agree a new contract with Chelsea before the end of this week, as the winger’s current deal is set to expire.

Frank Lampard remained hopeful that a deal could be struck with the Brazilian and despite offers from some top sides, it appears a breakthrough has been reached over a new contract.


The 31-year-old has been holding out for a three-year deal to say at Stamford Bridge, while Chelsea only offered him a two-year deal.

This will come as a huge blow for Arsenal, who have tracked the winger in recent weeks. Barcelona, Manchester United and David Beckham’s Inter Miami have also enquired about his availability.

According to reports, Arsenal offered Willian a deal worth around £250,000 a week earlier this year but had to reconsider due to the financial impact of the coronavirus crisis.

Speaking after Chelsea’s victory over Wolves, Frank Lampard said he is proud to have led his the blues to a fourth-place finish, but wants to close the gap on Liverpool and Manchester City next campaign.


Willian has played a vital role at the club since Premier League football resumed football action, scoring four and assisting three goals as Chelsea sealed a place in next season’s Champions League.

Willian missed Sunday’s 2-0 win over Wolves through injury, but hopes to be fit enough to play this weekend’s FA Cup final against Arsenal – after which his current contract expires.


In a post on Instagram before the final league game of the season, Willian wrote: “I did treatment until the last minute to be able to be in the field, but this time, unfortunately, it will not be possible.

“I will be at Stamford Bridge supporting my teammates. Come on Chelsea!”

2 months ago
Inter Milan have reportedly offered Ivan Perisic to Manchester United in exchange to sign Alexis Sanchez. Sanchez has spent the campaign on loan at Inter Milan and the Italian side are interested in signing the Chilean winger on a permanent deal. And, Perisic was loaned out to Bayern Munich for […] 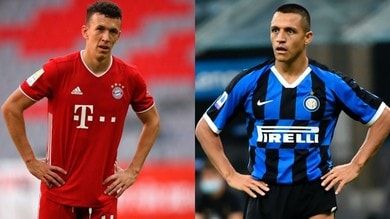