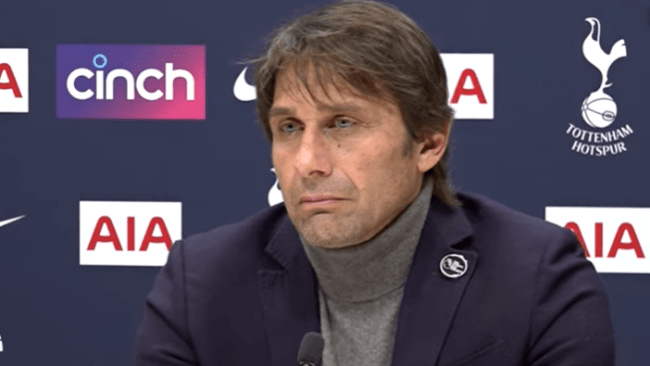 Antonio Conte says Manchester United are a “monster” that needs to be respected, despite their current results not matching up with their expenditure in the transfer market.

Conte’s Tottenham travel to Old Trafford to play United on Wednesday looking to keep pace with Arsenal and Man City at the top of the Premier League table.


Spurs are in decent form, four games unbeaten in all competitions since losing the north London derby, and face a United team who were held to a 0-0 draw by Newcastle on Sunday.

Conte has talked up United’s quality ahead of the clash, despite the club going five seasons in a row without any silverware. The Tottenham boss believes things will click for Erik ten Hag – in a large part because he has the money available to spend in the transfer market.

“This period is not a lucky period for United, if you compare to 10 years ago, but only two years ago, don’t forget, United fought for the Premier League and finished second behind City,” Conte said in his pre-match press conference.

“We are talking about a team that, if they don’t make big mistakes, they always stay in the top four, play [in the] Champions League and fight for the title and trophies. Manchester United always have the power. Even in the last 10 years, every season, they had the power to go into the transfer market and to invest big, big money.


“They did this two years ago, when they finished second. They went into the transfer market to sign Cristiano Ronaldo, [Jadon] Sancho and [Raphael] Varane from Real Madrid. This power never finished at Old Trafford.

“Maybe the results were not at the same level as the investment. But United for the present and the future will always be a monster that you have to go to fight. They have big, big potential from an economic aspect.”


After spending around £120m in the summer of 2021 to sign the players, United invested nearly £200m before the start of the current campaign to improve Ten Hag’s squad. In came Antony, Casemiro, Lisandro Martinez and Malacia to create a squad the club hopes will see them back in the Champions League next season.

Conte’s dig at his opponents’ track record in the transfer market is brave considering his own position. Spurs shelled out well more than £200m in the summer to sign Richarlison, Bissouma, Djed Spence, Ivan Perisic and Destiny Udogie, as well as making Cristian Romero’s move permanent.

While Spurs have finished in the top four in five of the past seven Premier League years, their trophy drought stretches back even farther than United’s, to the 2008 League Cup.

4 months ago
Newcastle United’s Callum Wilson has revealed a Manchester United player bemoaned the ‘standard of referees in this country’ during the Premier League draw at Old Trafford. Both sides were left angry at several decisions made during the goalless draw, with the hosts calling for a penalty after Sean Longstaff appeared […] 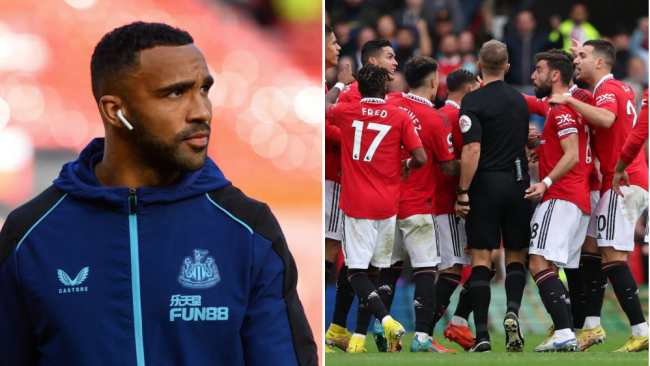