Juventus forward Cristiano Ronaldo has hinted he could be ready to hang up his boots at the end of this campaign.


The Portuguese superstar only signed a four-year deal with current club Juventus last summer wimdow after his £100 million transfer.

And despite the five-time Ballon D’or winner helping Juventus to the Serie A title last campaign, he conceded it may be time to call it a day.

But fans of the 34-year-old forward needn’t be too concerned – as he also suggested he could go on playing until into his forties yet.

As reported by Goal , when quizzed on retirement by TV1, Ronaldo said: “I don’t think about that. Maybe I can leave my career next year … but I can also play up to 40 or 41.


“I don’t know. What I always say is to enjoy the moment. The gift is excellent and I have to continue to enjoy it.”

Cristiano Ronaldo finished as Juve’s top scorer last campaign with 21 goals in the Italian league which were instrumental in the Old Lady’s defence of their crown.

The former Manchester United and Real Madrid forward has now won the domestic title in three different Leagues and is among the most decorated players in the game of football.

However Ronaldo had his sights set on a different achievement, rather than trophies.

Ronaldo is considered among the all-time greats, and is frequently compared with Lionel Messi. But he has previously highlighted a significant difference between the duo.

“The difference with Messi is that I played for several clubs and won the Champions League with different clubs,” said Ronaldo in his DAZN documentary ‘The Making Of’.


“Messi is an excellent player who will be remembered not just for his Ballon d’Or wins, but also for having improved – like me – year after year.

“I wake up every morning with the idea in my head of training with the objective of achieving something more, not just to earn money.

“Thank God, I don’t lack money, so what I want to earn is a place in the history of football.”

Wed Aug 21 , 2019
Twitter and Manchester United representatives will meet within the next couple of weeks to discuss the racist abuse aimed at Paul Pogba after Monday night’s match with Wolves. Pogba was targeted by some people after failing to score a penalty in the 1-1 draw away at Molineux on Monday and was backed by […] 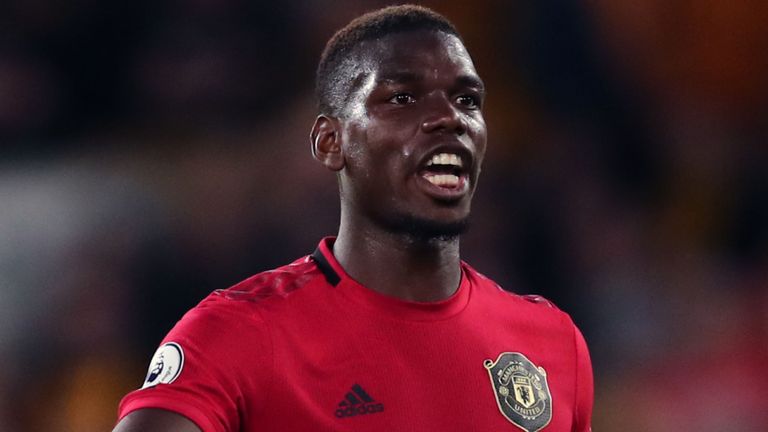