Twitter and Manchester United representatives will meet within the next couple of weeks to discuss the racist abuse aimed at Paul Pogba after Monday night’s match with Wolves.


Pogba was targeted by some people after failing to score a penalty in the 1-1 draw away at Molineux on Monday and was backed by team-mates Harry Maguire and Rashford, who also called on Twitter to take action against the culprits.

According to Sky Sports news, Greater Manchester Police confirmed that no formal investigation has yet been launched into the abuse aimed at Pogba, because there has so far been no specific complaint made from the public.

“Over the next few weeks, Twitter representatives will meet with Manchester United, Kick It Out and any other civil society stakeholders interested in hearing about the proactive work Twitter is doing to address online racist abuse towards certain footballers in the UK,” a Twitter spokesman told Sky Sports News.

“We have always maintained an open and healthy dialogue with our partners in this space, but we know we need to do more to protect our users. Racist behaviour has no place on our platform and we strongly condemn it.


“To this end, we look forward to working more closely with our partners to develop shared solutions together. In the meantime, for Twitter’s part, we will continue to proactively monitor the conversation, and take aggressive enforcement action when content violates our Rules.”

Manchester United also want Kick It Out, the Football Association and the Premier League to take a lead for a more gathered approach from clubs in general to hopefully put an end to this issue from all angles.

Last week, Twitter had agreed to discuss racist abuse with football anti-discrimination group Kick It Out for the first time after the abuse received by Chelsea forward Tammy Abraham after he missed the decisive penalty in their Super Cup loss to Liverpool.

PFA deputy chief executive Bobby Barnes has warned that players could be forced to leave social media if racist abuse continues, describing the platform as a “new battleground”.


He told Sky Sports News: “Towards the back end of last season, we saw a few incidents creeping back into the grounds, which we were obviously very concerned about.

“We’re now heading towards a new battleground of social media. Players have opened up and engaged with the fans, but there’s a situation now where you’re starting to question whether players should even be on it at all.

“The one thing social media has done is make players more accessible. It would be a real shame if a small minority of idiots were to spoil that.”

Wed Aug 21 , 2019
Ex-Arsenal midfielder, Emmanuel Frimpong, has revealed he and former team-mate, Samir Nasri, did not get on while together at the clubs and says he will never forgive him. Frimpong has now retired from football, but played 16 senior matches for the Gunners between 2011-2013. The midfielder was not so well-liked […] 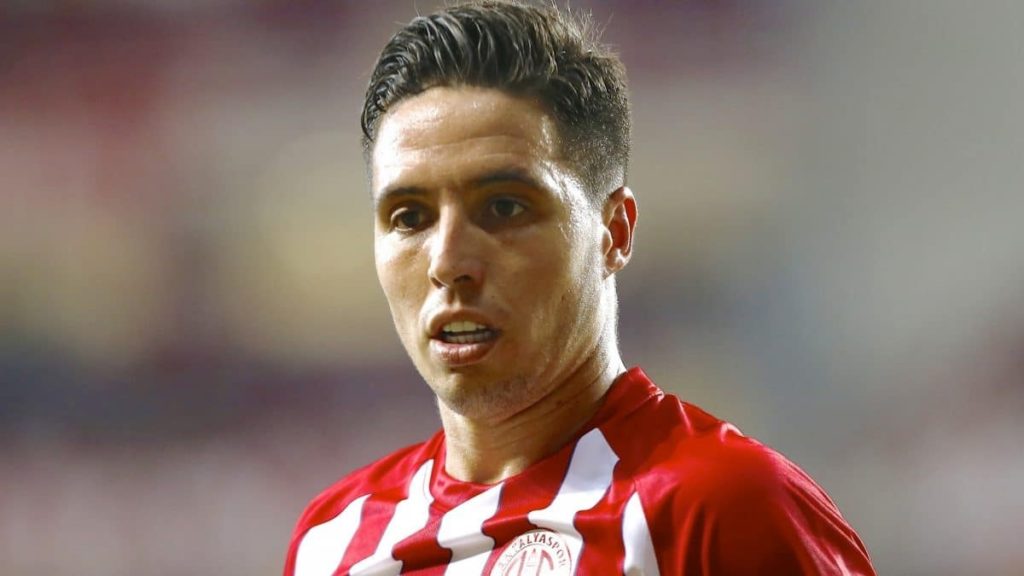